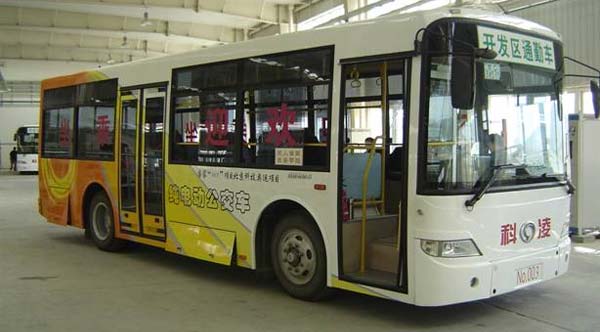 Beijing will build more electric bus charging stations in the near future because the only station is unable to meet the increasing number of electric buses.

At present, the first batch of a total of 50 pure electric buses are already running, while the pilot charging stations established for this purpose have also begun operation. In addition, Beijing Municipal Science & Technology Commission has begun to study how to charge electric vehicles like taxis and passenger cars in fixed charging stations.

Beijing has proposed two modes planned for the charging stations.

In the first an electric vehicle enters the charging station and professional charging machines will charge automotive battery, in the same way as gas stations refuel their cars.

Another mode is when the electric vehicles enter the charging station the staff will remove the car battery and directly replace it with a new fully charged battery. Several hundred fully charged batteries will be reserved in the station, ready to be equipped to the buses, and only a few minutes are needed to change the batteries.