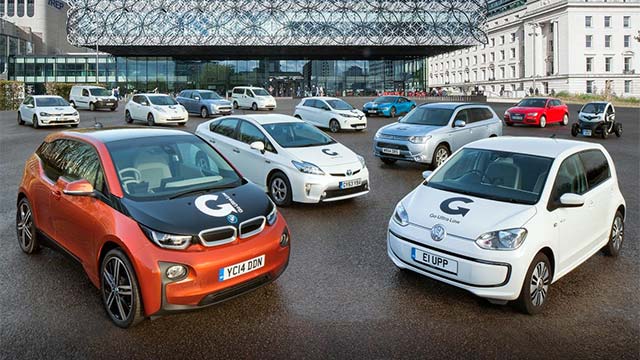 Eight cities have been awarded a multi-million pound investment from the UK Government to increase uptake of electric vehicles.

Bristol, London, Milton Keynes and Nottingham were named as ’Go Ultra Low Cities’ and the main benefactors of the £40 million scheme, with Dundee, the North East, Oxford and York sharing seed funding for EV specific projects.

Cities secured funding by pledging innovative ideas and as part of the initiative will deliver a roll-out of cutting edge technology, such as rapid-charging hubs and street lighting that can double as charging points, along with a range of proposals that will give plug-in car owners further local privileges such as access to bus lanes in city centres.

The plug-in revolution is well underway already, with 2015’s electric car registrations up 94% compared to the previous year. The initiatives proposed by the Go Ultra Low Cities are set to boost plug-in car numbers by around 100,000 across the UK by 2020, with these cities acting as best practice case studies for other UK regions to echo.

Among the successful cities’ bids, London is awarded £13 million to create ‘Neighbourhoods of the Future’, prioritising ULEVs in several boroughs across the capital. Proposals include Low Emission Zones that offer parking and traffic priority to owners of plug-in vehicles.

Milton Keynes will receive £9 million to open a city centre Electric Vehicle Experience Centre, a ‘one stop shop’ providing consumer advice and short-term vehicle loans. The city also proposes to open up all 20,000 parking bays for free to EVs, give plug-in vehicles the same priority at traffic lights as local buses, while also having access to bus lanes.

With a £7 million grant secured, Bristol will give ULEVs access to three carpool lanes in the city and introduce a plug-in car leasing scheme. Nottinghamshire and Derby will use £6 million of funding to install 230 charge points and offer plug-in owners discount parking, plus access to bus lanes in key routes across the city. The investment will also pay for a new business support programme letting local companies ‘try before they buy’.

The scheme is also providing £5 million of development funding for specific initiatives in Dundee, Oxford, York and North East regions to help them play their part in kick-starting a country-wide clean motoring revolution. New commuter charging hubs in Dundee will open up links across the region for plug-in vehicle owners, while solar-canopied Park and Ride hubs in York will help reduce air pollution in and around the city.

The Go Ultra Low Cities fund is just one element of a comprehensive £600 million package of measures from the Office for Low Emission Vehicles by 2020, which also includes £400 million of guaranteed money for individual plug-in car grants, investment in low emission buses and taxis and R&D funding for innovative technology such as lighter vehicles and longer-lasting car batteries.