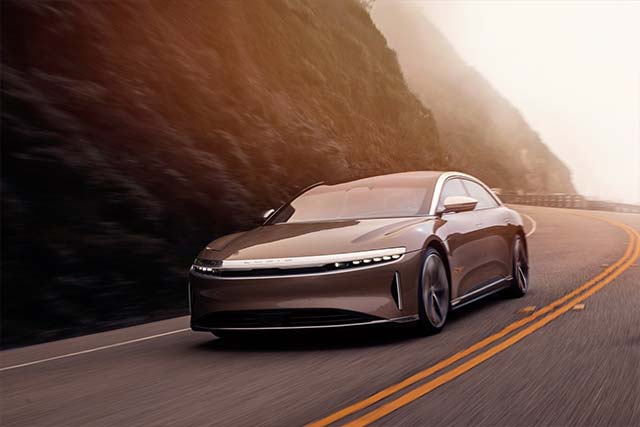 Lucid Group today announced that the Lucid Air Dream Edition Range has received an official EPA rating of 520 miles of range. It is the longest-range electric vehicle ever rated by the EPA – delivering at least 100+ miles of additional range over its closest competitor.

“I’m delighted that our Lucid Air Dream Edition Range has been officially accredited with a range of 520 miles by the EPA, a number I believe to be a new record for any EV. Crucially, this landmark has been achieved by Lucid’s world-leading in-house EV technology, not by simply installing an oversize battery pack,” said Peter Rawlinson, CEO and CTO, Lucid Group.

“Our race-proven 900V battery and BMS technology, our miniaturized drive units, coupled with our Wunderbox technology endow Lucid Air with ultra-high efficiency, enabling it to travel more miles from less battery energy. The next generation EV has truly arrived!”

Supporting the official EPA range ratings, Lucid recently completed a real-world first drive with Motor Trend featuring a pair of Dream Edition Range cars. A Motor Trend journalist and Lucid’s CEO drove separate cars from Los Angeles to San Francisco at highway speeds and then across the San Francisco Bay to Lucid’s global headquarters, all without stopping to charge and with plenty of range remaining on each vehicle. This range run further supports the EPA’s laboratory-based range estimates and showcases the real-world capability to drive over 500 miles on a single charge.

Several other versions of Lucid Air have also received their official EPA range ratings, including the Dream Edition Performance and Grand Touring versions on both 19” and 21” wheels.  Taken as a whole, these Lucid Air models now occupy the top six positions for overall EPA range ratings among all EVs, as well as the highest MPGe ratings in the Large vehicle class. 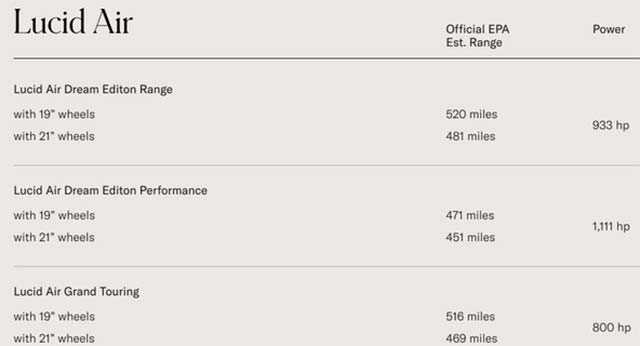