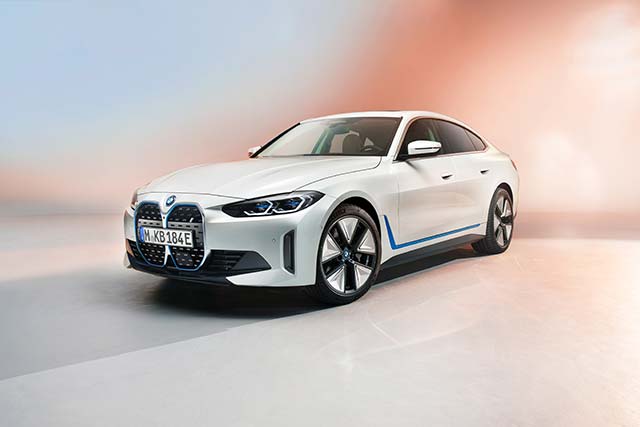 The BMW Group is underpinning its mission for sustainable mobility with ambitious goals for the reduction of greenhouse gases: At the Annual General Meeting, the company announced that it will avoid emission of over 200 million tonnes of CO2 by 2030. This is equivalent to more than 20 times the annual CO2 emissions of a city with over a million inhabitants, like Munich.

To achieve this, the BMW Group is reducing its vehicles’ carbon footprint throughout their lifecycle – from raw material extraction, through production and the use phase, to end-of-life recycling. Going forward, using fewer resources will be one of the priorities

“A climate-friendly car is not created solely by using green power. We must design our vehicles for sustainability from the very first day of development: reducing the amount of material used to manufacture them and, above all, planning for reuse and recycling from the very beginning. In the face of rising raw material prices, this is not just an environmental, but also a business imperative,” said Oliver Zipse, Chairman of the Board of Management of BMW AG, at the Annual General Meeting in Munich on Wednesday. “The technology for this is extremely demanding: That is why we want to lead the way on the circular economy and play a pioneering role. We are already working on quotas for the use of secondary material in our “Neue Klasse” that are both concrete and ambitious to meet our high standards.

The BMW Group will highlight the future potential of the circular economy for environmental and climate protection at the IAA MOBILITY 2021 in September. The company’s “RE:THINK, RE:DUCE, RE:USE, RE:CYCLE” approach provides a holistic view of how the use of primary raw materials can be drastically reduced in the cars of the future.

The BMW Group already plans to take sustainability to a radically new level in its “Neue Klasse” models from the middle of the decade by significantly reducing its resource consumption per vehicle. The aim is to substantially increase the percentage of secondary material, such as recycled steel, plastics and aluminium. Faced with a shortage of natural resources and rising raw material prices, the BMW Group sees this step as a crucial lever for sustainable business practices and creating a clear efficiency imperative.

To achieve this, the BMW Group has initiated a paradigm shift in development with its “secondary first” approach, i.e. using secondary material wherever the quality and availability of materials allow.

The high-voltage battery plays a unique role in this: The process of manufacturing the battery and producing battery cells is extremely energy-intensive and therefore an important factor in the carbon footprint of any electric car. With the next generation of battery technology to be introduced in the “Neue Klasse”, the BMW Group aims to reduce the carbon footprint of the high-voltage battery to less than half the baseline value for the current Gen5 technology.

In addition to the shift to green power already implemented by cell manufacturers, the new battery and cell concept, combined with enhanced cell chemistry, will also make a significant contribution. Another factor is the growing percentage of secondary material in the battery cells and high-voltage battery as a whole. The housing in the BMW iX already contains up to 30 percent secondary aluminium and up to 50 percent secondary nickel, which is a key raw material, is used in the battery cell. At the same time, the BMW Group has limited its use of critical raw materials in the current generation of battery cells and reduced the amount of cobalt in the cathode material to less than ten percent. The electric motor no longer requires the use of rare earths.

Recycling needs are already considered in the vehicle design – because extracting materials in a very pure form is a central challenge for current recycling processes. For example, the electrical system must be easy to remove, prior to recycling, to avoid mixing the steel with copper from the vehicle’s wiring harness. Otherwise, the secondary steel no longer meets the automotive industry’s strict safety requirements. The use of mono-materials – for instance, in seats – must be significantly increased to enable the maximum amount possible to be fed back into the material cycle.

Another key aspect is efficient dismantling capability. For secondary materials to be able to compete in the marketplace, the vehicle and individual components must be dismantled quickly and cost-effectively as a preliminary to recycling. The prerequisites for this must be put in place when designing the vehicle – for example, by not securing connections with adhesive, but designing them so they can be detached again at the end of the vehicle life and ensuring different materials are not mixed with one another.

The BMW Group made sustainability and resource efficiency the focus of its strategic direction in 2020 and, with this realignment, is pursuing a much more ambitious course than the goal of limiting the increase in global temperature to two degrees. Throughout the vehicle lifecycle and all three scopes considered, the BMW Group has set measurable and verifiable goals that have since been validated by the Science-Based Targets Initiative:

Each of these goals represents a substantive reduction in emissions – in other words, a real decrease in CO2 emissions per vehicle. A key factor is that BMW Group production and all locations have been sourcing 100-percent green power since the end of 2020. Starting this year, the BMW Group is also offsetting its remaining CO2 emissions (Scope 1+2) through selected offsetting measures, which also cover emissions from company cars and business trips, for example. This means that, from 2021 on, the BMW Group’s entire production, including all its locations worldwide, will be completely net carbon neutral.

For the BMW Group, one thing is certain: Such measures are an important factor in offsetting the net impact of climate-damaging emissions – however, they must not delay substantive measures that can deliver a real reduction in emissions. For this reason, the BMW Group only applies these measures for its remaining carbon emissions that are still unavoidable – for example, from the use of highly efficient co-generation plants.

The BMW Group is the first automotive manufacturer to set itself concrete targets for reducing CO2 emissions in its supply chain by 2030. In addition to the use of green power for the energy-intensive production of fifth-generation battery cells, further measures have been initiated – for example, solar power will be used in the future for production of aluminium, which is also highly energy-intensive. The BMW Group is also investing in an innovative method for carbon-free steel production, developed by US startup Boston Metal, through its venture capital fund, BMW i Ventures.

A key driver for the decarbonisation of individual mobility and the most important factor in reducing CO2 emissions during the use phase will be the massive ramp-up of electromobility – which the BMW Group has stepped up even more in recent years. The company will offer five fully-electric models by the end of this year: the BMW i3, the MINI SE and the BMW iX3, as well as the two main innovation flagships, the BMW iX and the BMW i4. These will be followed in the coming years by fully-electric versions of the high-volume BMW 5 Series and the BMW X1. They will also be joined by the BMW 7 Series, the successor to the MINI Countryman and other models. By 2023, the BMW Group will have at least one fully-electric model on the roads in about 90 percent of its current market segments.

Between now and 2025, the BMW Group will increase its sales of fully-electric models by an average of well over 50 percent per year – more than ten times the number of units sold in 2020. Based on its current market forecast, the company also expects at least 50 percent of its global sales to come from fully-electric vehicles in 2030. The actual figure may vary significantly from market to market and will ultimately depend to a large extent on how much progress is made in expanding charging infrastructure at regional level.

Definition CE 04 – Electric production vehicle to be unveiled this summer

BMW Motorrad is also expanding its range of electric vehicles on two wheels for urban spaces: At #NEXTGen 2020, the company shared a concrete vision of what a production vehicle that could soon take one-track electromobility in cities to a whole new level, both technically and optically, might look like, with the BMW Motorrad Definition CE 04. The BMW Group will be presenting the corresponding production model this summer.