WiTricity Extends Recent Funding For A Total of $52M 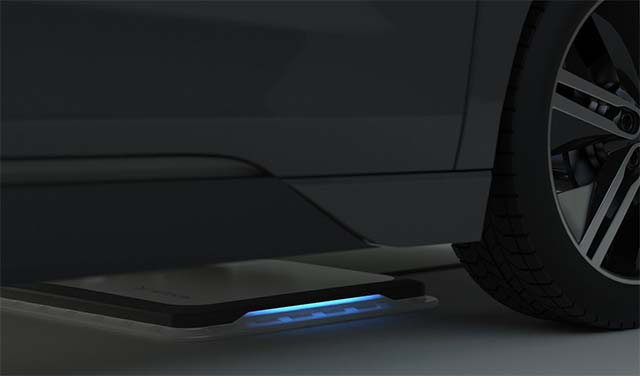 WiTricity, the company wirelessly charging the future of mobility, announced an additional $18 million to its previously announced October fund raise of $34 million for a total of $52 million. The extension included investments from Tony Fadell’s Future Shape and other private investors. Fadell also joins WiTricity’s newly formed Board of Advisors.

As global automakers race to support both consumer and government-generated demand for zero-emissions vehicles, they are also developing wireless charging capabilities that will improve the owner experience. Many of the world’s top automakers and their Tier 1 suppliers have licensed WiTricity’s technology, including Toyota, Mahle, TDK, IHI, Shindengen, Daihen, Aptiv, Anjie Wireless, Yura, VIE, Green Power, and Lumen Freedom. The technology can already be seen in action with McLaren’s Speedtail Hyper-GT and the BMW 530e iPerformance.

“With EVs we traded pumping gas with a dirty, heavy hose for pumping electrons with a dirty, heavy charging cable? That’s not revolutionary! Why can’t you just park anywhere—at home, at work, out shopping—and charge without plugging in?! WiTricity has created the global standard for high-efficiency wireless charging. WiTricity’s patented tech is being deployed worldwide in cars, buses, bikes, and robots,” said Tony Fadell, Principal at Future Shape.

WiTricity’s technology enables a hands-free and efficient charging experience for EV drivers. The company envisions a not-too-distant future when dynamic charging will support moving vehicles (from taxi queues to roadways), and autonomous vehicles and robots will charge without human intervention. These advancements depend on WiTricity’s wireless power transfer innovation and patented magnetic resonance technology.

New Board of Advisors

As the company readies for the transition from technology and standards development to broad market adoption, WiTricity has secured advisory support from several of the world’s leading authorities on designing consumer experiences, building leading edge technology, and monetizing intellectual property. The new Advisory Board includes:

– Grant Covic, Professor of Engineering at the University of Auckland, New Zealand, where there are more than 40 Ph.D. and postdoctoral researchers on campus working on wireless charging. Covic leads industrial and EV wireless power research efforts, is a pioneer in inductive power transfer, and actively collaborates in WiTricity research.
– Tony Fadell, Principal at Future Shape, a global investment and advisory firm. Fadell is the founder and former CEO of Nest (acquired by Google), and former SVP of Apple’s iPod Division, where he led the development of the first 18 generations of the iPod and first three generations of the iPhone.
– Bill Merritt, President and CEO of InterDigital, the mobile and video technology research and development company. Merritt is an expert in intellectual property and leads one of the most successful technology licensing businesses of all time.
– Marin Soljačić, Professor of Physics at Massachusetts Institute of Technology (MIT), MacArthur Fellow and WiTricity founder. Soljačić and his team developed the foundational technology for wireless power transfer over distance via strongly-coupled magnetic resonators and founded WiTricity in 2007.
– Jack Watanabe, President of Climeon Japan, a clean energy company. Watanabe is a 36-year veteran of Mitsubishi Corporation, having last served as the chief strategist and SVP of Mitsubishi Energy Group.

“These investments enable WiTricity to capitalize on the incredible commercial momentum for electric vehicle adoption globally. With the global standard set for EV wireless charging, and automaker launches imminent, wireless charging should become a primary feature of EVs coming to market in the next design cycle,” said Alex Gruzen, WiTricity CEO. “As you layer in the growing demand for autonomy in both transportation and industrial settings, wireless charging will become not just a convenience, but a key component of mobility. As we ready for mass-market adoption, we’re excited to bring on a Board of Advisors who bring important insights and opportunities to WiTricity.”