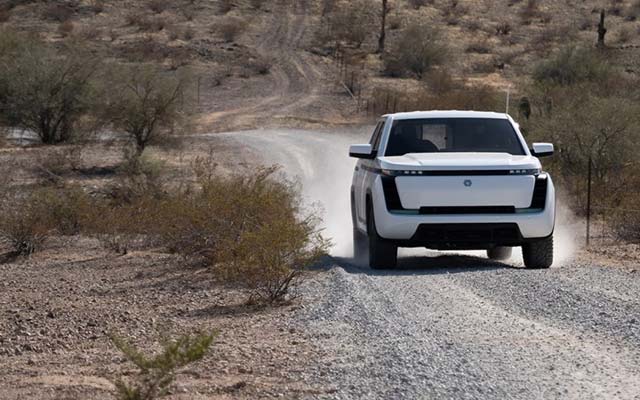 By taking the Endurance to the Mexican desert race course, which is considered one of the most grueling and punishing in the world, Lordstown Motors is setting out to prove that the Endurance is not only one of the safest, most efficient trucks on the planet, but also that it is the toughest, most robust as it tackles the San Felipe Desert.

“We feel that it is quite a significant milestone for the electric vehicle community that an electric pickup truck can compete in an environment as demanding as Baja California,” said Steve Burns, CEO of Lordstown Motors. “Our goal is to be the first electric vehicle to ever complete the San Felipe 250, and with the superior traction, weight balance and advanced software control of our hub motor-based Endurance, we are confident that we will do just that.”

After being postponed in 2020 because of the COVID-19 pandemic, the 2021 San Felipe 250, held in April on Mexico’s Baja California peninsula, will be the SCORE World Desert Championship season-opener for the ninth straight season.

The Lordstown Endurance is a full-size, all-electric pickup that has a range of 250 miles, the equivalent of 600hp and can tow up to 7,500lbs. After successful prototype and Alpha builds, Lordstown is now building the first Beta Endurance vehicles and is on track for start of production in September of this year. The initial Endurance is a crew cab configuration with medium bed length, priced at $45,000 after federal rebate.