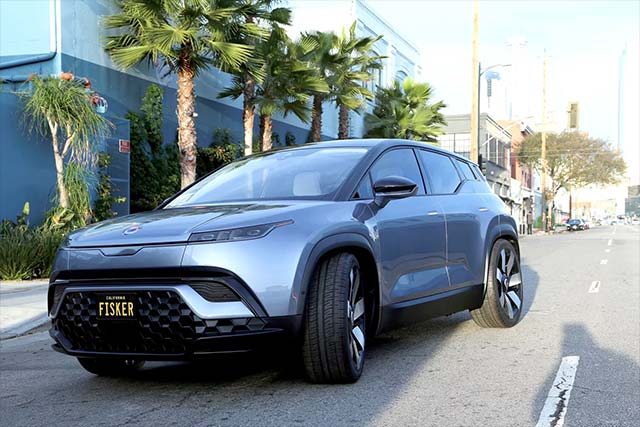 Fisker is set to reveal the production version of the Fisker Ocean, its all-electric SUV, at the 2021 Los Angeles Auto Show, the electric car maker announced Friday,

Fisker recently announced a strategic cooperation with Magna International supporting the co-development and manufacture of the Fisker Ocean SUV, projected to launch in Q4 2022. The Ocean will be assembled by Magna in Europe and is poised to deliver class-leading range, functional interior space with third-row seating and overall vehicle performance.

Earlier this week, Fisker also confirmed the signing of a significant vehicle order for 300 units with Viggo, the technology-driven Danish ride-hailing service. Viggo, founded in 2019, is aiming to https://electriccarsreport.com/2020/10/fisker-to-deliver-300-ocean-electric-suvs-to-danish-ride-hailing-service/challenge the standards for urban transportation through advanced data-driven innovation delivered through a fleet of 100% electric vehicles.

Henrik Fisker, chairman and chief executive officer of Fisker, stated, “It’s with great excitement that we’re making the global debut of the Fisker Ocean here in our home city of Los Angeles. As befits the world’s first digital car company, we are also planning to showcase several Fisker-unique technologies that will support our differentiated ownership experience and vehicle functionality.”

Following the cancellation of the 2020 Los Angeles Auto Show, Fisker made the strategic decision to commit to the 2021 show for the global reveal of the Ocean SUV, its first production vehicle. The 2021 Los Angeles Auto Show will run from May 21-31 at the LA Convention Center.

Originally founded in Los Angeles, Fisker recently announced details surrounding its new global HQ, named ‘Inception,’ which is to be located within Continental Park at 1888 Rosecrans Avenue in the city of Manhattan Beach.

Oct 23, 2020Blagojce Krivevski
Fisker to deliver 300 Ocean electric SUVs to Danish ride-hailing serviceWelcome To Horizon “An Exploratory Journey Into The Design Of The Nissan Ariya”