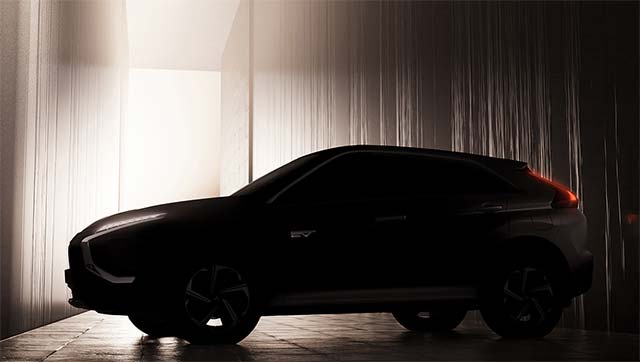 Mitsubishi Motors Corporation (MMC) released a first look at the redesigned Mitsubishi Eclipse Cross. For the first time, the company will expand its portfolio of the industry-leading plug-in hybrid (PHEV) drivetrain in select global markets. The new Eclipse Cross is scheduled to release in fiscal year 2020.

Launched globally in 2017, the Eclipse Cross is the company’s crossover SUV, which fuses a coupe-like style with SUV capabilities. The refreshed model has radically changed front and rear design, bringing forward a more upscale and energetic design to complement the sleek SUV styling.

“The new design draws inspiration from the Mitsubishi e-EVOLUTION Concept emphasizing the strength and dynamics from our SUV heritage, while enhancing the cleanliness and elegance of a coupe-like SUV,” said Seiji Watanabe, division general manager of Design, MMC. “The Eclipse Cross is the first step toward the next generation of Mitsubishi Design, and there is so much more to come.”

In addition to engine model, MMC will expand PHEV lineup with the new Eclipse Cross in select markets.

Drawing from the success of the Mitsubishi Outlander PHEV, which is the world’s best-selling PHEV with more than 260,000 units sold worldwide, the Eclipse Cross will be the second Mitsubishi PHEV on the market, enabling customers to expand their activity range through an electrified SUV.