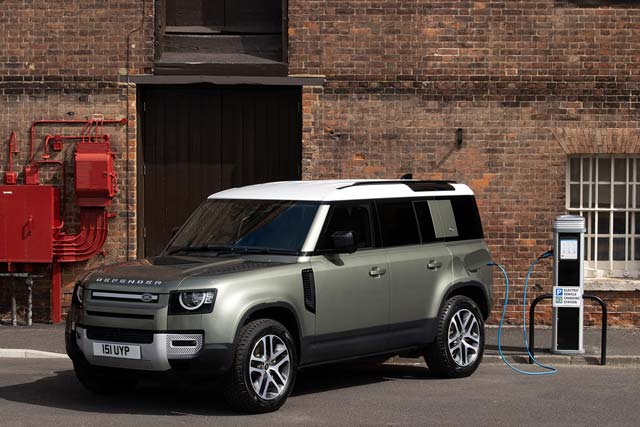 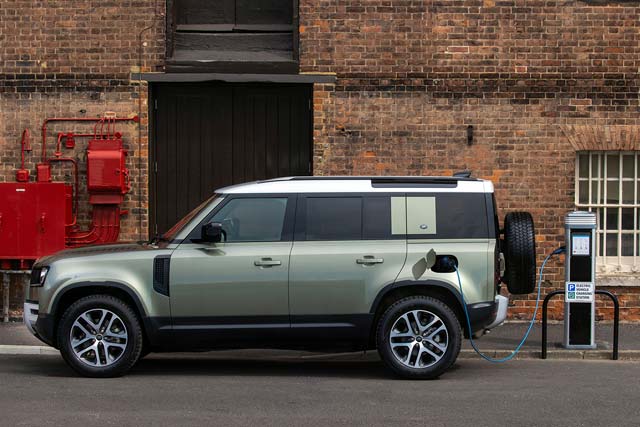 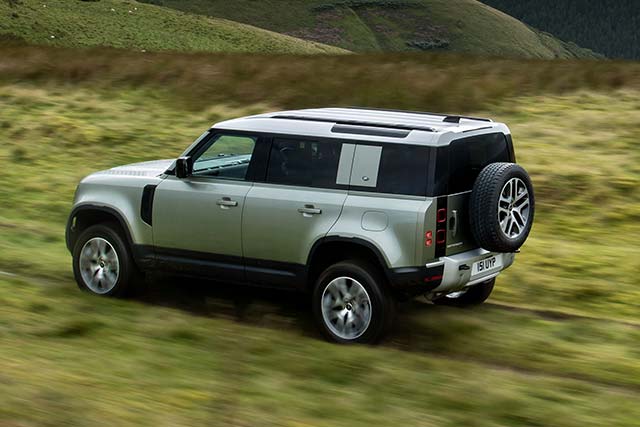 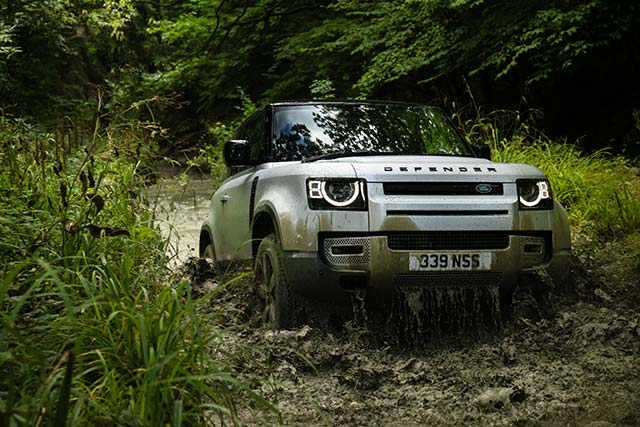 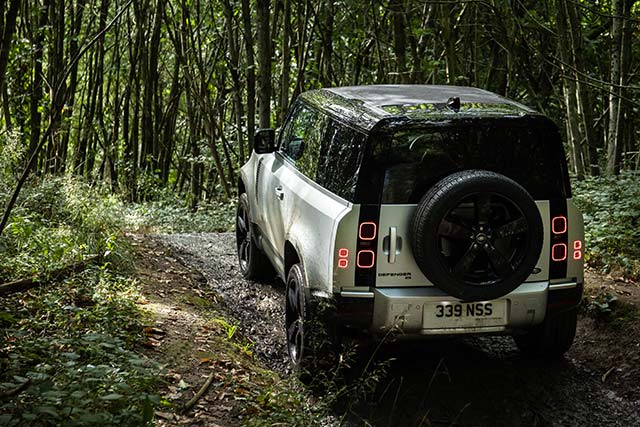 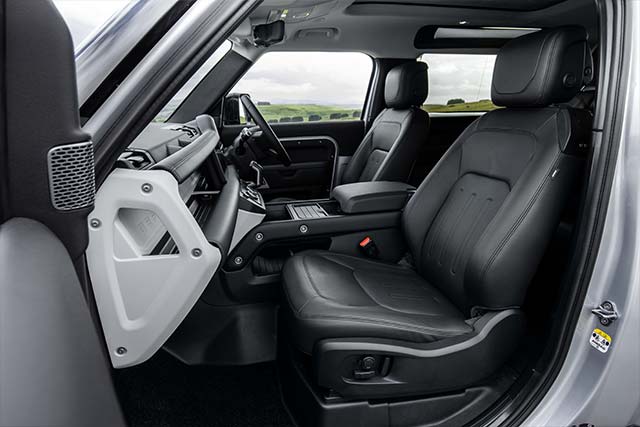 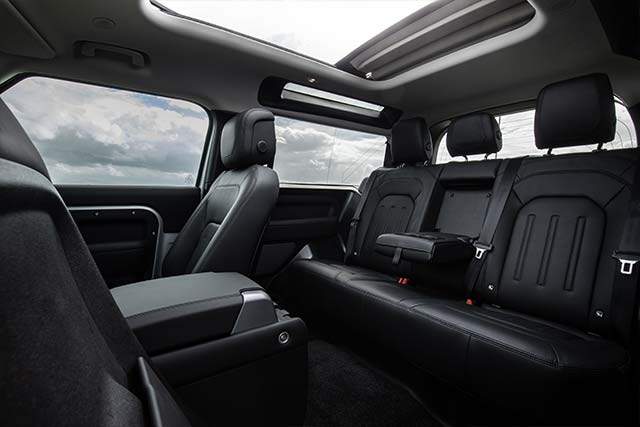 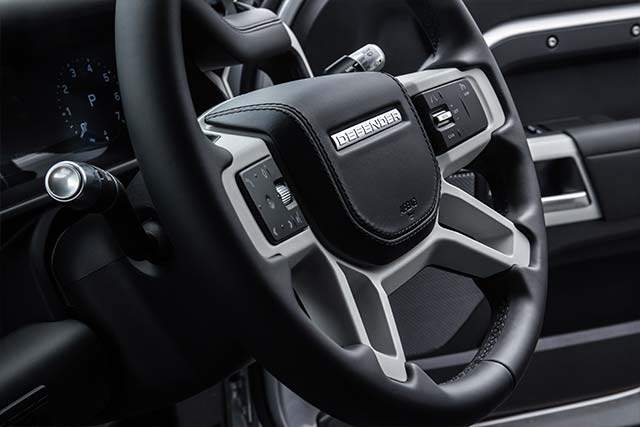 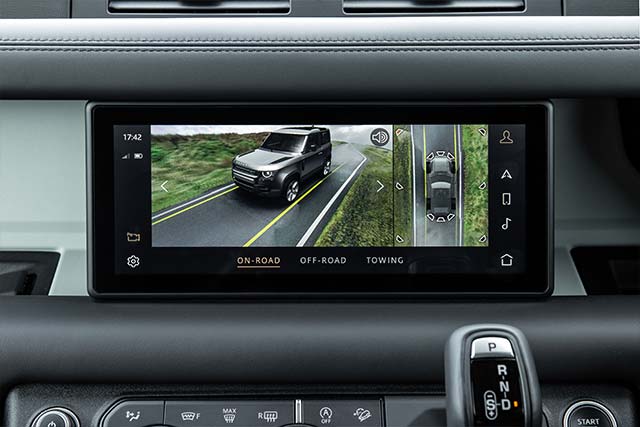 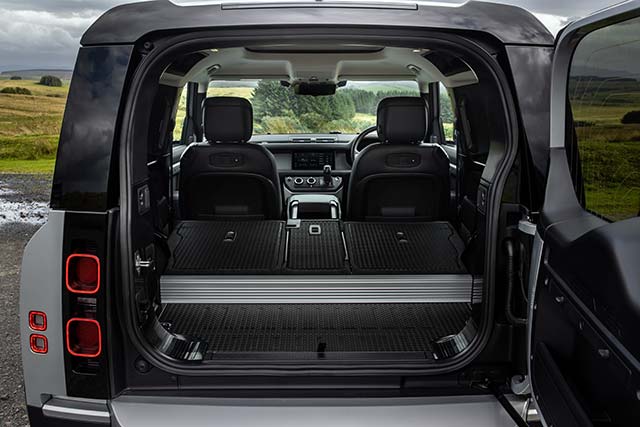 The Land Rover Defender now has advanced new powertrains, new model specifications and more options, making it even more attractive to a broader range of customers.

It will run in all-electric mode with zero tailpipe emissions for up to 27 miles (43km), including off-road where the immediate torque from the electric motor makes Defender even more capable.

The Land Rover P400e will go on sale next year.

Defender P400e Plug-In Hybrid
The new P400e Plug-In Hybrid (PHEV) variant is key to the Defender’s latest enhancements. Available with the 110 body design, it delivers a blend of performance and economy while also being the most capable and durable electrified Land Rover. With unrivalled capability and off-road geometry for a full-sized plug-in hybrid electric 4×4, the P400e is capable of being driven in low range purely in EV mode, bringing a new dimension to adventures in the wild.

Powered by a 2.0-litre four-cylinder petrol engine producing 300PS and a 105kW electric motor powered by a 19.2kWh battery, the P400e provides a combined output of 404PS from its advanced PHEV powertrain, delivering refined performance and responses, but with an all-electric range of 27 miles (43km).

The Defender P400e is available with the option of five or six seats, standard three-zone climate control, Privacy Glass and Solar Attenuating Glass. Specific to the PHEV variant is regenerative braking, a key technological component in achieving impressive fuel economy, recuperating energy lost under deceleration and braking and sending it back into the battery pack.

The PHEV powertrain brings superior off-road capabilities too. The linear torque delivery enabled by the electric motor and smooth, powerful petrol engine combine for ultimate flexibility, working seamlessly with the advanced systems that make Defender the toughest and most durable Land Rover.