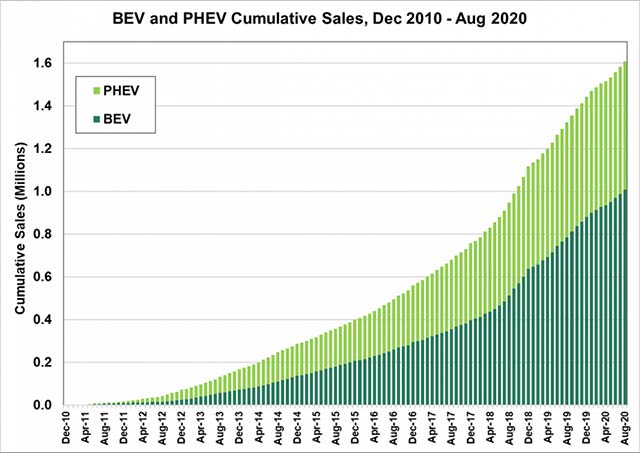 Cumulative BEV sales reached one million units while cumulative PHEV sales were about 600,000. Since June of 2015, BEV sales have outpaced PHEV sales and for the last year, BEVs accounted for 60% or more of all plug-in vehicle sales.