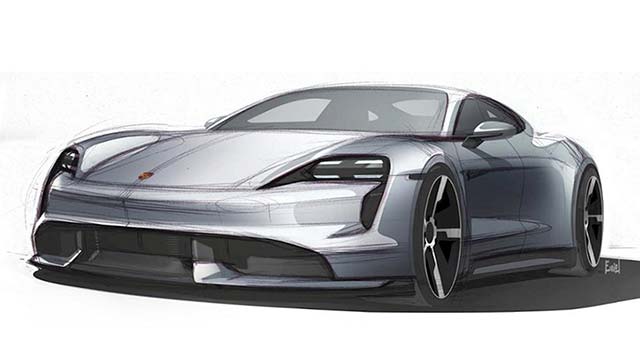 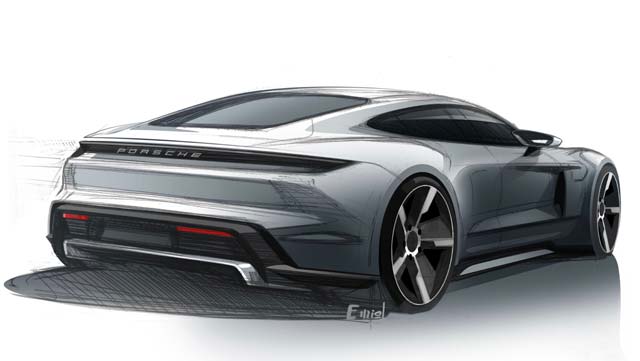 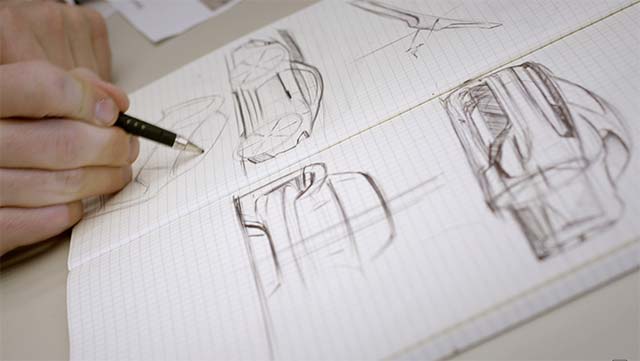 Continuing the series, Formula E delve deep into the design story of the Porsche Taycan with the minds who created it. Here’s the story of how Porsche’s first fully-electric car came to be.

“The Taycan is absolutely unique in terms of its proportions,” insists Michael Mauer, Head of Design at Porsche. “Usually, purely electric vehicles are higher than their conventionally powered counterparts because the relatively heavy and large batteries are positioned in the floor. We were not willing to accept this,” he simply adds.

When Porsche revealed its plans to produce an all-electric sports car at the 2015 Frankfurt motor show, the world took note. Since 1931, Porsche had honed and perfected the art of the combustion engine, proving its worth on the race track on more than a few occasions. Called the Mission E, the sleek, white concept car sitting squat on the motor show plinth boldly outlined the marque’s future vision. One of the best-known carmakers in the world was going electric.

Four years on from that moment, Porsche found itself sitting side by side with 11 other teams and manufacturers when it lined up for its first race in the ABB FIA Formula E Championship. As the 99X Electric made its debut on the race track, Porsche’s first electric road car hit the road almost simultaneously, ushering the marque’s new electric era with force.

“It was indeed one of the most exciting yet challenging tasks, simply because there was nothing to build on,” says Mauer.

“Still, we didn’t start from scratch because we knew that this new model had to be recognisable as a Porsche at first glance.

“Sports cars have a more dramatic width-to-height ratio than other vehicles. And I would go so far as to say that we have redefined the architecture of purely electric vehicles to a certain extent.”

To the untrained eye, the road going Tycan could be mistaken for a futuristic Panamera but, as with all great inventions, the devil lies within the detail. The special topography of the bonnet and the front wings tell the Taycan apart from any other Porsche, while the air intakes and lack of a radiator grille hint at the unorthodox powerplant within. Key to ensuring the Taycan looks at home alongside its non-electric Porsche counterparts is what Mauer describes as the “flyline” – or the falling roof line – and a strong shoulder at the rear. “These are elements that characterise every Porsche,” says Mauer.

“My vision is that the Taycan will become the icon of this new era, almost like a synonym for a purely electric sports car. Just like what the 911 has achieved in its segment over the past decades,” says Mauer.