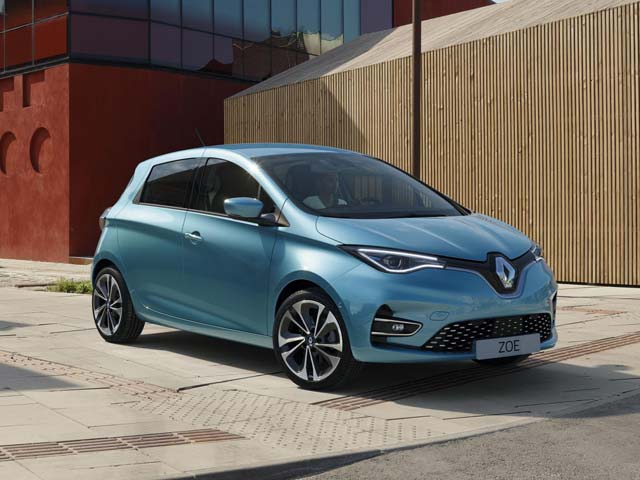 The New Renault ZOE has been awarded the Best Supermini Award by Top Gear magazine in its latest dedicated Electric Awards issue. This most recent prize marks the eighth award win for the newest version of Renault’s all-electric model despite only being orderable since the beginning of the year and in Renault retailers since March.

It follows Renault’s win as Best Manufacturer and the New ZOE being crowned City Car of the Year in its annual Top Gear awards, with the zero-emissions-in-use model praised for its range and refinement.

Jack Rix, Deputy Editor, Top Gear Magazine, said of the ZOE’s win: “This is a chilled sort of town car. The brakes are progressive and easy to manage. It’s upright and easy to pilot. The ride’s pliant. But, mostly, peace of mind heralds from a claim of 245 miles on a charge.”

New ZOE’s class-leading 245-mile range (WLTP) proves it’s much more than just an affordable urban run-around and is provided by its powerful 52kWh battery pack. The New ZOE is also available with 50kWh DC fast charging capability, meaning 90 miles of range can be added in just 30 minutes, while a free fully installed 7kWh home wallbox means customers benefit from easy and convenient charging at home with no upfront cost.

The New ZOE is more user-friendly than ever thanks to its revised interior featuring a fully customisable 10-inch TFT instrument cluster and availability of Renault’s EASY LINK 9.3-inch portrait touchscreen infotainment system. A suite of Advanced Driver Assistance Systems (ADAS) feature on New ZOE, delivering added convenience and safety, while recycled interior materials and a refined design deliver a modern look and feel, both inside and out.

New ZOE customers can get an in-depth look at the car courtesy of Renault’s new Virtual Showroom on Renault.co.uk, where a dedicated guru will give a one-to-one virtual tour of the new car – as well as many other Renault models.