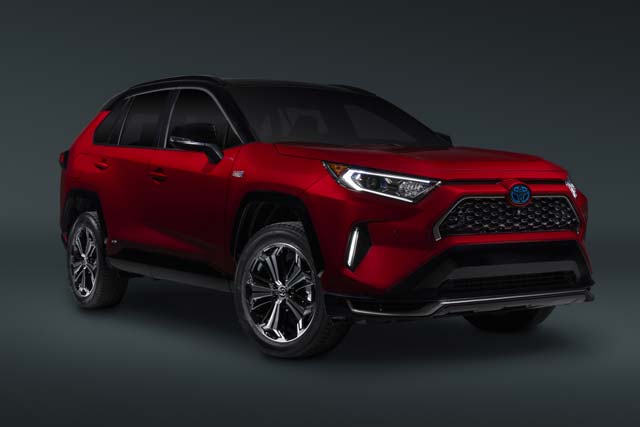 Since its launch as the world’s original recreational/lifestyle SUV in 1994, the RAV4 has consistently evolved to meet the changing needs and preferences of customers, with quality, style, performance and versatility that have secured its position as one of the world’s best-selling vehicles.

Building on RAV4’s success as a pioneer of hybrid power among SUVs, Toyota is now ready to extend the benefits of the technology with the introduction of the new RAV4 Plug-in Hybrid, a new flagship vehicle for its hybrid line-up that promises to be not only more powerful but also more emissions and fuel-efficient than any other in its class.

This first plug-in hybrid-electric version of the RAV4 draws on more than 20 years of Toyota leadership in hybrid powertrain technology. It will sit at the pinnacle of the fifth generation RAV4 range, a model that has reaffirmed its historic status as one of Europe’s most popular SUVs with more than 130,000 customer orders since its launch early in 2019, including more than 115,000 hybrids (Western Europe).

The RAV4 Plug-in Hybrid will offer customers a best-of-both-worlds solution. It features Toyota’s latest hybrid-electric vehicle technology, with higher power and better driving dynamics, and also has a genuine pure electric EV driving capability, free from concerns about driving range or the need to stop to recharge the battery.

The new RAV4 Plug-in Hybrid will be introduced during the second half of 2020, with on-sale dates to be determined according to country/market. 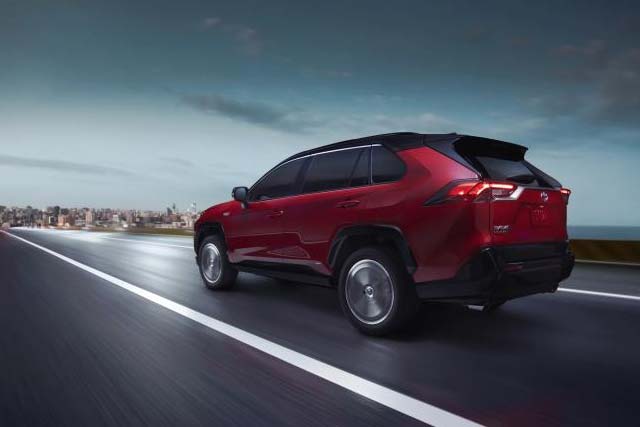 With the experience of developing two generations of its Prius Plug-in Hybrid model, Toyota is well-equipped to produce an effective new powertrain for the RAV4. With full system output of 306 DIN hp/225 kW, it has the potential to deliver acceleration from rest to 100 km/h in just 6.2 seconds, outperforming any of its conventionally powered rivals. Moreover, it is also on course to deliver best-in-class CO2 emissions and fuel economy: Toyota’s pre-homologation, WLTP-standard data indicates CO2 output of less than 29 g/km. These levels are unmatched by any current D-segment plug-in hybrid AWD SUV.

The new RAV4 Plug-in Hybrid is constructed on Toyota’s GA-K platform, with added dynamic benefits achieved by locating the hybrid battery beneath the floor. It is also equipped as standard with the Toyota’s AWD-i intelligent electric all-wheel drive system.

Toyota has harnessed the boost in performance electric power can deliver to achieve a significant increase in output compared to the standard RAV4 Hybrid. It has developed a new, high-capacity lithium-ion battery and added an enhanced boost converter to the hybrid system’s power control unit. The 2.5-litre Hybrid Dynamic Force petrol engine is based on the unit featured in the regular RAV4 Hybrid, with improvements to meet the performance requirements of the plug-in hybrid system. 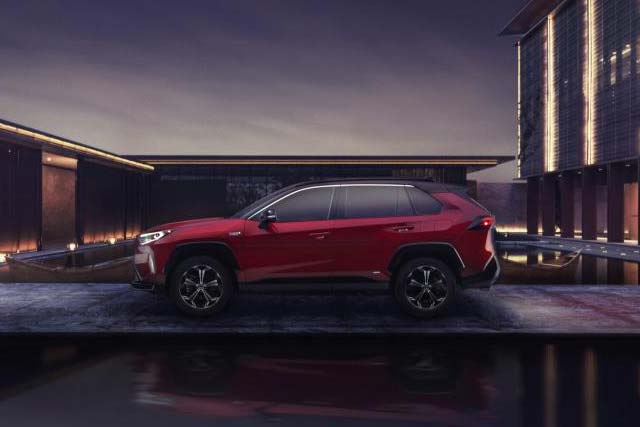 The result is not just rapid off-the-line acceleration: the RAV4 Plug-in Hybrid has a greater driving range in electric EV mode, with zero petrol consumption and exhaust emissions.

With four driving modes available, the driver can switch seamlessly from hybrid to pure EV driving. This new EV mode enables the RAV4 Plug-in Hybrid to cover more than 65 km on electric power alone (battery charge and driving conditions permitting), further than any competitor plug-in hybrid SUV and beyond the 50 km average European daily commuting distance. Moreover, speeds up to 135 km/h can be reached without any intervention of the internal combustion engine, even under full acceleration.

The compact dimensions of the lithium-ion battery allow it to be contained entirely beneath the vehicle floor. With minimal intrusion in the load space, cargo capacity is a generous 520 litres. The battery’s location low in the vehicle also helps give the RAV4 Plug-in Hybrid a low centre of gravity, enhancing handling stability and ride comfort. 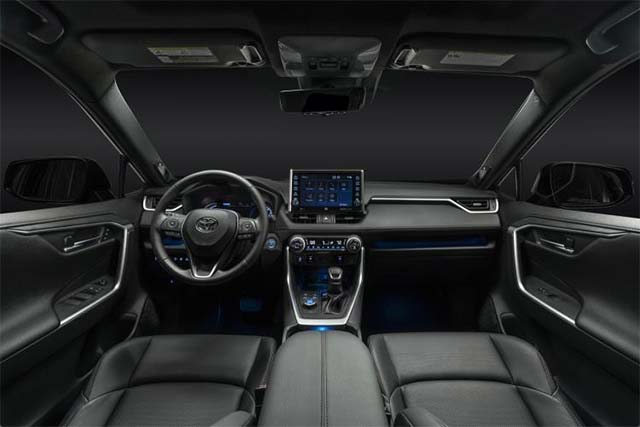 In its scrutiny of every detail that can contribute to the overall efficient performance of the RAV4 Plug-in Hybrid, Toyota adopted the heat pump air conditioning system it introduced as a world-first in the current, second generation Prius Plug-in Hybrid, adapting it specifically for use in the new SUV with a hot water circuit – the same as that used in the RAV4 Hybrid. In addition, the battery is cooled by the refrigerant of the air conditioning system.

This system is far more efficient than engine heating or high-powered electric heaters, absorbing heat from the air outside the vehicle to warm the cabin.

Styling details for the exterior and the cabin demonstrate a more Refined Sport look for the mid-size SUV. At the front there is a dark plating for the dedicated grille mesh and frame and headlight extensions, together with a new metallic finish on the lower bumper moulding that emphasises the width and strength of the vehicle’s stance. New 18 and 19-inch wheel designs combine contrasting bright machined and grey or black finishes, while at the rear there is a metal-like finish for the garnish beneath the screen and black plating for the under-run.

In the cabin the focus is on new upholstery designs with a sporty feel, with ribbed patterns with contrast red detailing. Quilted black leather seats will also be available with a striking red ribbon detail. The centre console features a nine-inch multimedia touchscreen display – the largest in any RAV4 model – for clear and easy control of the car’s entertainment, information and connectivity functions. 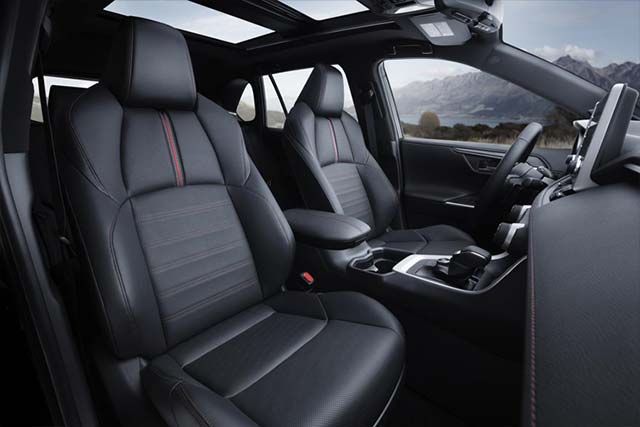