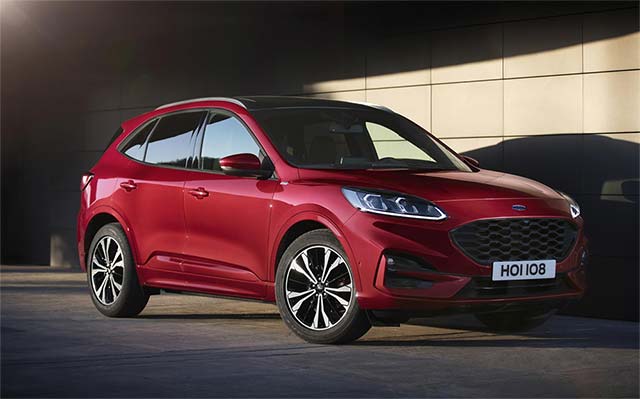 Ford announced a €42 million investment in its Valencia manufacturing plant, Spain, to support the company’s electrification strategy with a state-of-the-art battery assembly facility in addition to new S-MAX Hybrid and Galaxy Hybrid models.

Two new assembly lines will enable the advanced lithium-ion batteries that help power all-new Kuga Plug-In Hybrid, all-new Kuga Hybrid, and new S-MAX Hybrid and Galaxy Hybrid to be produced alongside the vehicles for greater manufacturing efficiency and sustainability. Delivered through a €24 million investment, the new battery assembly facility will begin production in September this year.

Production of the new self-charging electrified S-MAX and Galaxy variants – powered by a 2.5‑litre Atkinson cycle petrol engine, electric motor, generator and lithium-ion battery – is enabled by an additional €8 million investment in new tooling and assembly line upgrades at Ford’s Valencia facility. A further €10 million investment supports production of the all-new Kuga Hybrid SUV. Ford is introducing 14 electrified vehicles in Europe by the end of 2020.

“With electrification fast becoming the mainstream, we are increasing our investment in Valencia to provide even more electrified models and powertrain options for our customers,” said Stuart Rowley, president, Ford of Europe. “By making it easier than ever to transition into an electrified vehicle, we expect the majority of our passenger vehicle sales to be electrified by the end of 2022.”

Ford has invested €3 billion in its Valencia facility since 2011, including €750 million to support production of Kuga – Ford’s most electrified vehicle ever with a comprehensive line-up including the Kuga Plug-In Hybrid, Kuga EcoBlue Hybrid (48-volt mild-hybrid) and Kuga Hybrid (full-hybrid) variants.