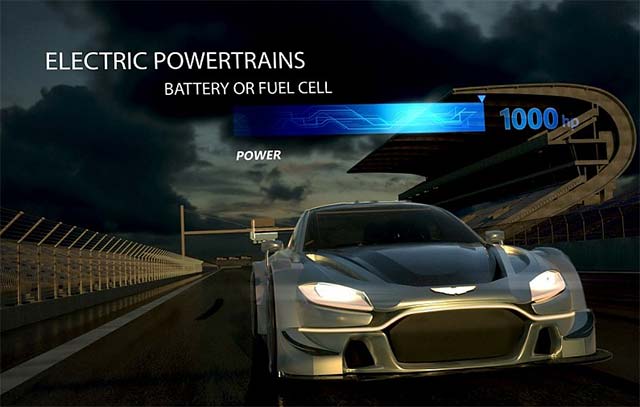 DTM promoter ITR has unveiled a proposed electric series with high-performance cars racing that could run in support of the German category.

While the DTM is currently evaluating hybrid technology that is expected to be a spec component for the 2022 season, the series has now unveiled a concept for cars powered by battery or hydrogen fuel cell technology that could produce a 1000hp car capable of speeds of 200mph (320 km/h).

The DTM believes this series would provide “manufacturers with an unprecedented opportunity to design and develop its own high-performance electric vehicles of the future”.

ITR Chairman Gerhard Berger explains: “We’re working on a variety of different projects that incorporate more sustainable technologies. They say, in motorsport, if you stand still you go backwards – so we’re thinking several steps ahead. That’s what you have to do if you want to shape the future of motorsport.

“At the same time, we need to be open-minded about what’s happening in the automotive world. And although hybrid and electric vehicles have established something of a foothold, I think motorsport has been lacking a truly new and inspiring concept up until now. We’re now talking with a significant number of automotive manufacturers and suppliers who would like to become more involved in motorsport. This proposal offers them a first look at something tangible – and exciting.”

“What’s important about this proposal is that, even though it would use standardised powertrain components, it would allow manufacturers to race with their own models – something yet to be embraced by an electric series. That’s obviously critical for manufacturer involvement, and allows them to maximise their marketing around it,” said Berger.

“With this concept, I want us to embrace that sensation of raw power; of racing at the limits of grip. Not just with 1000hp under the driver’s right foot; but with a car equipped with the technology of tomorrow, and using models that demonstrate a clear lineage to the major automotive parent brands. This new breed of touring car will be incredible to watch, and fantastic to drive.”