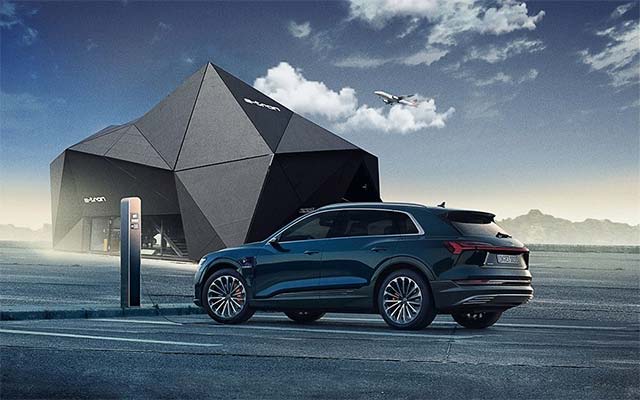 Audi is launching a free initiative for all electric and plug-in hybrid car owners at Munich Airport, under the name of “Charge & Fly”: Until the end of the year, interested drivers can recharge their electric car or plug-in hybrid vehicle with green power while they are away, and park for free.

Trouble-free parking, free charging and off to your plane – precisely that is the concept behind Audi’s new initiative to unleash the beauty of sustainable mobility at Munich Airport. Until December 20, owners of any make of electric car or plug-in hybrid vehicle will have the option of parking their car for free at the airport and recharging it with green power.

Users book the required dates at charge-fly.audi. The drop-off point is the e-tron meteorite (address: in der Wartungsallee 4, 85356 Munich Airport), which previously electrified the Airport Piazza this spring to mark the introduction of the four rings’ first fully electric model and that is now re-used sustainably as an electric charging station.

An Audi e-tron shuttle then transfers passengers to their required terminal. Upon their return, customers can take up the offer of an exclusive test drive accompanied by an Audi expert. Or they can visit a dealer at a later point in time to test-drive the model at their own convenience.

These arrangements make sustainable use of the existing infrastructure:

The facade of the new Audi Brand Experience Center at the airport incorporates a photovoltaic system that generates power for the meteorite building. Two second-life batteries, sponsored by the AUDI AG Technical Development division, store surplus power from the photovoltaic facade making them ideally suited to charging the batteries of electric vehicles in the meteorite.

The Charge & Fly campaign and the e-tron meteorite, designed as a public e-charging station, represent a further building block in the holistic ecosystem that Audi operates at Munich Airport. This year, one of the world’s largest charging parks with 70 AC charging points (22 kW) and six DC charging points (150 kW) was put into operation.