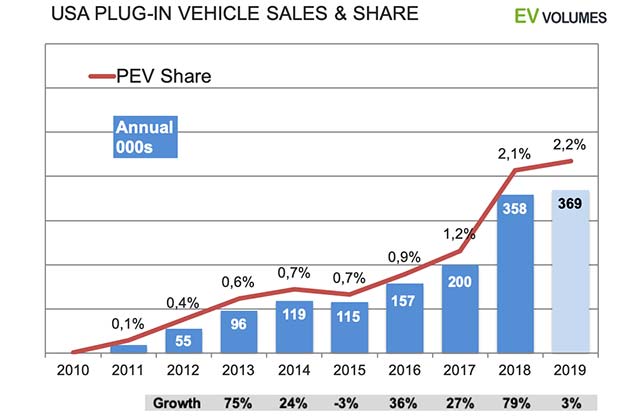 Despite the sufficiently lamented Q1 result, Tesla represented 57% of all plug-in deliveries in the US, counting BEVs only, Tesla’s share was 78%. Four out of five Tesla sales in US were for the Model-3, which remains the best-selling plug-in, worldwide.

The Model-3 did not inspire the market towards more plug-in sales in general. Its qualities are in a class of its own and most other plug-in models posted lower sales than in the previous H1, esp. in the car category, while SUVs fared better.

Other inhibitors are the discontinuation of the Chevrolet Volt, the change-over to the new BMW X5, BMW 3-Series, Kia Soul and the Sonata/Optima siblings from Hyundai-Kia. Nissan Leaf sales remained sluggish, as battery and charging capabilities are questioned for the current version and sales of the revised 60 kWh version have just started.