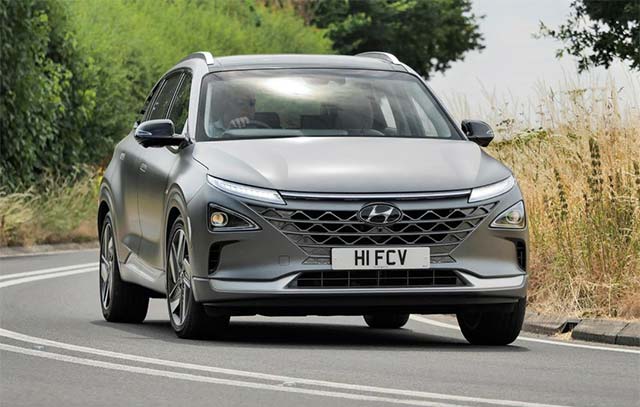 Hydrogen Mobility Europe (H2ME) announced its latest results and progress in its drive to increase the usage of hydrogen within mobility.

The pan-European project has now deployed close to 500 hydrogen-powered fuel cell electric vehicles (FCEVs) and 30 hydrogen refuelling stations (HRS) across Germany, France, Scandinavia, the United Kingdom and other European countries. Vehicles have now travelled over 8 million kilometres since the project began in 2015, with over 5 million of these happening in 2018.

Findings and conclusions from H2ME will be shared at the Hydrogen for Clean Transport midterm conference, which will take place in Hamburg on 25th October 2019. Hamburg is the perfect location for the event as it has taken a strategic approach to adopting hydrogen, particularly in combination with renewable energies, launching a wide range of projects with ongoing local political support.

Many countries are now legislating to ban the sale of internal combustion engine vehicles – for example, Norway by 2025, the Netherlands from 2030, and the UK and France by 2040. In this context, viable and flexible solutions to support the switch to zero-emission mobility should be promoted. Hydrogen has key advantages as a fuel. These include reducing tailpipe emissions to zero and improving air quality, while being easily available, simple to store, suitable for heavy-duty applications and zero-emission when it is generated from renewable sources. Most importantly for individuals or fleets with high demand and responsive operations, such as taxis or emergency response services, it provides the longest range and fastest refuelling of zero-emission vehicles.

The H2ME initiative aims to support the commercialisation of fuel cell and hydrogen technologies in Europe. As well as creating the world’s largest network of HRS, it is sharing best practice and standards between the 43 partners and helping develop attractive ownership models in use cases such as taxis, captive fleets, and in cities with strict environmental targets.

In total, the project will deploy 49 HRS and 1,400 hydrogen fuel cell cars and vans by 2022. The results generated by the project are shared with industry, politicians, and the wider public to support the wider adoption of hydrogen mobility. As part of this, the Hydrogen for Clean Transport conference will showcase the advances made by hydrogen technology in the transport sector and discuss the remaining challenges working towards widespread commercialisation. To celebrate the expanding network of stations in Europe, hydrogenpowered vehicles will be driving to the event from across Europe, arriving in Hamburg the day before the conference begins.

H2ME is a €170 million demonstration project is co-funded with €67 million from the Fuel Cells and Hydrogen Joint Undertaking (FCH JU), a public-private partnership supporting fuel cell and hydrogen energy technologies in Europe.