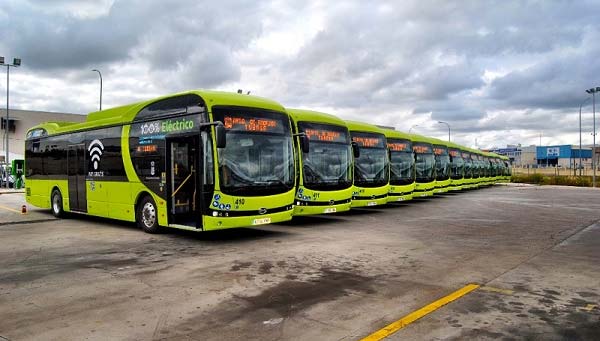 BYD has delivered 15 pure electric 12-metre eBuses to Spain’ssouthwest city of Badajoz – one of the largest eBus orders for BYD in the country.

The zero emission BYD electric buses are delivered as fleet replacements for TUBASA and are already returning substantial savings when compared to the company’sprevious diesel-powered buses.

BYD also confirmed an order for eight 12-metre eBuses for Badalona in Barcelona province, scheduled for delivery very soon, with further orders for bus operators in Madrid and Valencia. The Portuguese city of Coimbra is also gearing-up to receive a delivery of eight BYD eBuses next week, signaling the growing demand across the Iberian Peninsula for BYD’spure electric 100% emission-free eBus products.