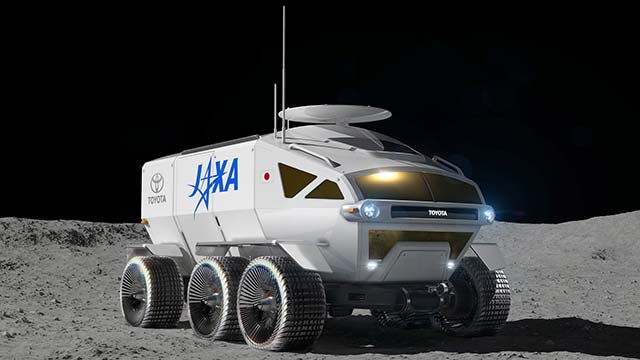 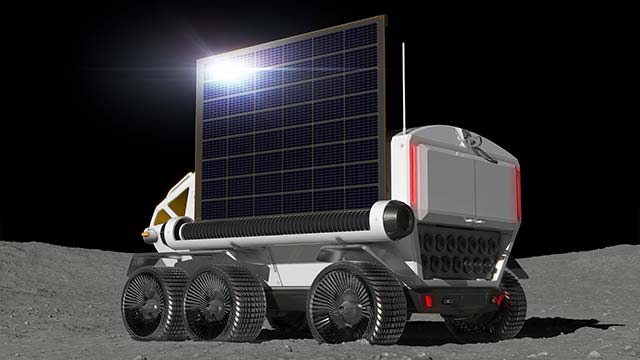 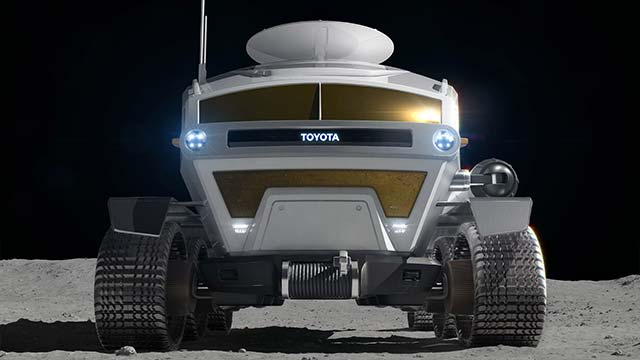 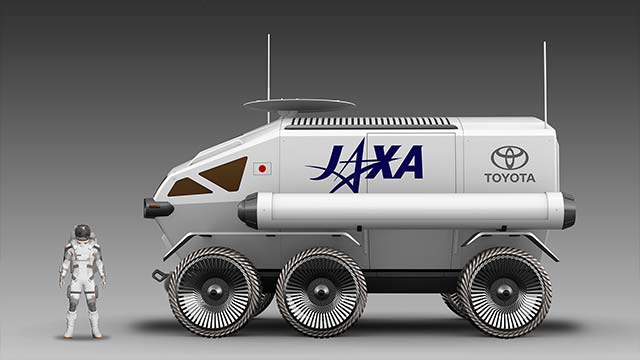 The Japan Aerospace Exploration Agency (JAXA) and Toyota Motor Corporation (Toyota) announce their agreement to consider the possibility of collaborating on international space exploration. As a first step, JAXA and Toyota have reached agreement to further cooperate on and accelerate their ongoing joint study of a manned, pressurized rover that employs fuel cell electric vehicle technologies.

Such a form of mobility is deemed necessary for human exploration activities on the lunar surface. Even with the limited amount of energy that can be transported to the moon, the pressurized rover would have a total lunar-surface cruising range of more than 10,000 km (6,200 miles).

International space exploration, aiming to achieve sustainable prosperity for all of humankind by expanding the domain of human activity and giving rise to intellectual properties, has its sights set on the moon and Mars. To achieve the goals of such exploration, coordination between robotic missions, such as the recent successful touchdown by the asteroid probe Hayabusa2 on the asteroid Ryugu, and human missions, such as those involving humans using pressurized rovers to conduct activities on the moon, is essential. When it comes to challenging missions such as lunar or Martian exploration, various countries are competing in advancing their technologies, while also advancing their cooperative efforts.

Concept proposal for the pressurized rover being studied by JAXA and Toyota: