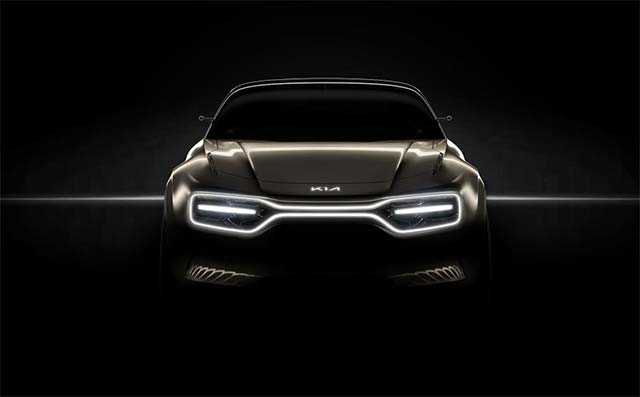 Kia Motors Europe has unveiled new images of its bold new all-electric concept car, due to be revealed at the 2019 Geneva International Motor Show.

“Automotive design is about capturing the heart and making it beat that bit faster for that bit longer. We believe that there’s absolutely no reason why that should change simply because the car is powered by electricity,” says Gregory Guillaume, Vice President of Design for Kia Motors Europe. “That’s why our all-electric concept is designed to not only get your pulse racing, but to also signpost our holistic and emotional approach to electrification.”

This human-centric attitude is perfectly aligned with Kia’s attitude on automotive design, as Guillaume explains: “When they talk about their electric cars, many carmakers promote the same empirical data-driven messages as they do with their internal combustion engined cars, such as range, economy and performance criteria.” 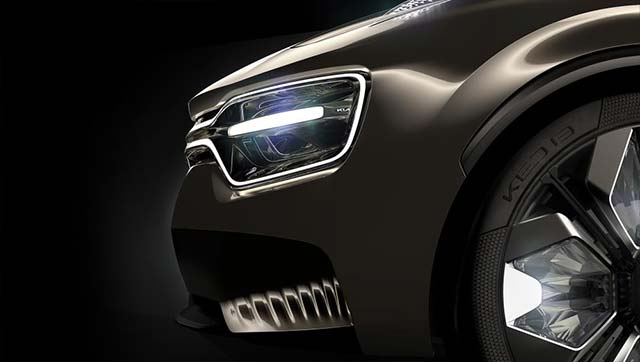 “Kia prides itself on its power to surprise, which is why we wanted to move away from the rational and focus on the emotional, and embrace a warmer and more human approach to electrification. After all, electricity is found within every atom – it’s the energy that flows within us and around us on our planet. Harnessing its potential has propelled us from one innovation to the next,” says Guillaume.

A visual embodiment of its desire to move forward into the exciting world of electrification, this concept is the company’s first pure electric four-door passenger car. Intentionally designed to not sit within the industry’s predefined vehicle categories, it coherently draws together elements of a muscular sports utility vehicle, a sleek and athletic family saloon and a versatile and spacious crossover.

Intelligently reinterpreting Kia’s iconic ‘tiger nose’ grille, the concept features a bold new illuminated ‘tiger mask’ that encircles the headlamp units to create a distinctive and recognizable lighting motif, one which instantly marks this out as a Kia for the 21st Century. 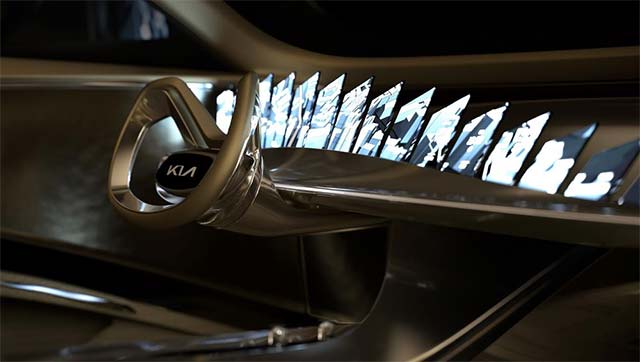 A single sheet of glass is used for both the windscreen and roof, flowing from the base of the A-pillar and over the cabin to create a vast sky-window, before tapering into a double-bubble over the rear passenger compartment. The rakishness of the car’s high shoulders and narrow glasshouse is further enhanced by an illustrated dynamic streak that draws the eye from the A-pillar to the C-pillar.

Guillaume and his team fully exploited the chassis architecture of the powertrain’s all-electric layout to maximise cabin space and create an airy and spacious interior. In a humorous riposte to the industry’s current obsession with ever increasing dashboard screens, the concept features 21 individual ultra high-resolution screens. These curve their synchronised way across the top of the dashboard in a layout that’s at the same time both casual and coordinated.

“I believe that our unorthodox approach to electrification fired our collective imagination,” says Guillaume. “It enabled us to envisage a future where engaging and dynamic cars like this were an integral part of our transport requirements. And its message is clear,” says Guillaume “It’s time to free your imagination, to stop wondering and to start driving!”

Kia’s new concept will be unveiled on 5 March 2019 at the Geneva International Motor Show.