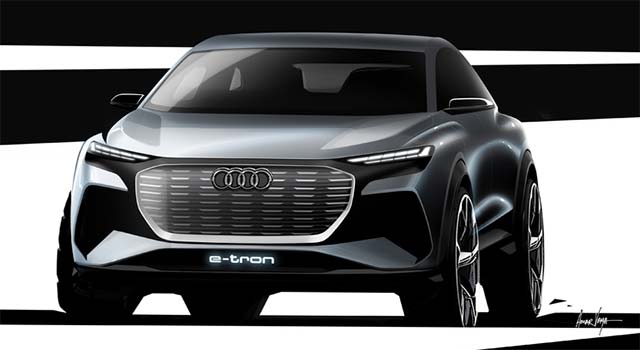 Audi has released first design sketches of next all-electric model to bear the e-tron, the Q4 e-tron concept SUV, set to be revealed at the upcoming Geneva Motor Show.

The Audi Q4 e-tron concept provides a glimpse of the next stage of Audi electric mobility and is due to be presented as a volume-production vehicle in late 2020/early 2021.

Three official teaser sketches hint at the design of the concept, inside and out. The sketches reveal a compact SUV with coupé-like styling, an expansive front grille and illuminated e-tron branding on the front bumper and side sills. 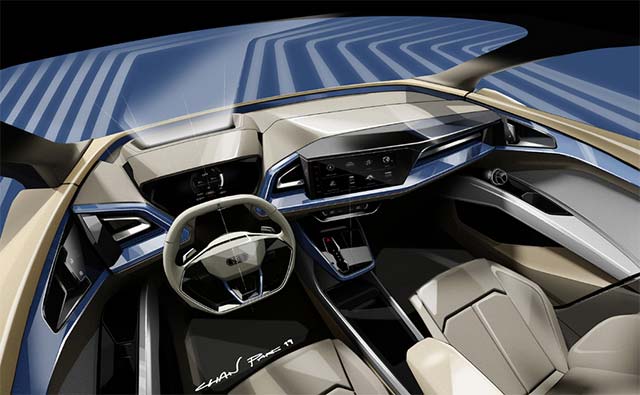 The cabin design is an evolution of that found on current Audis, but with a greater emphasis on driver focus – the center screen and air vents all appear to point towards the driver. A large central storage area between the seats is another hint at the benefits of packaging an electric powertrain.

Stay tuned for more details of the Q4 e-tron in the coming days as we approach the world debut on Tuesday 5 March 2019.