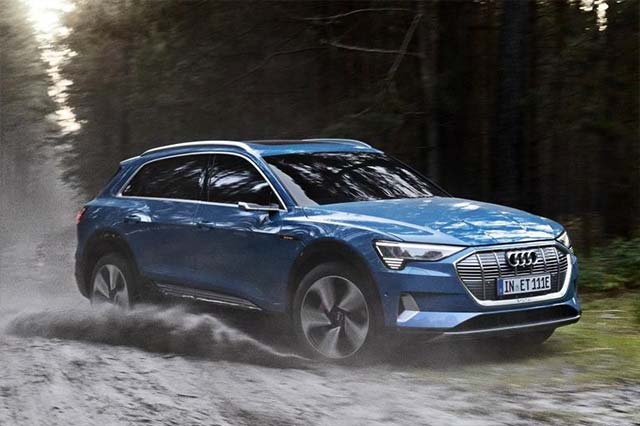 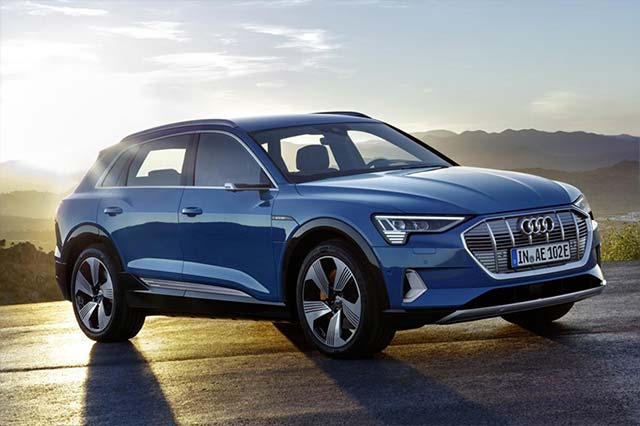 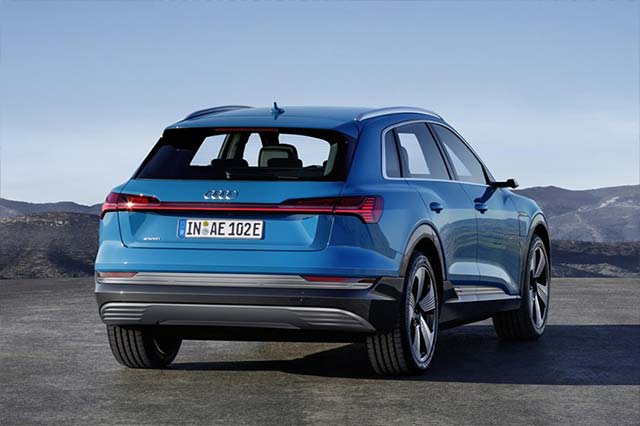 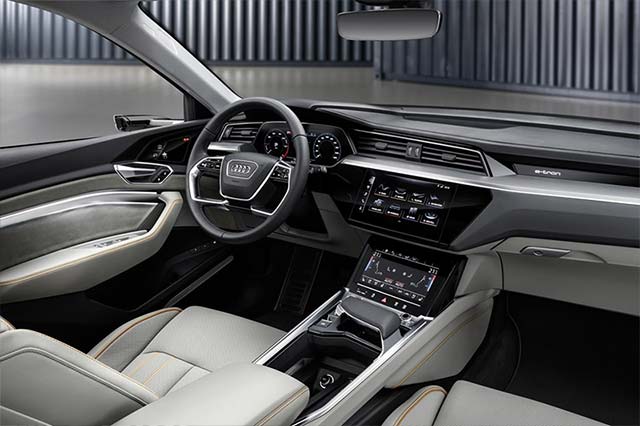 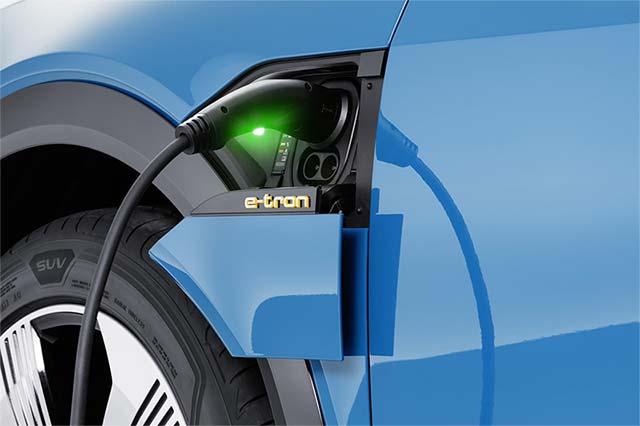 The all-new Audi e-tron electric SUV is now available to order in the UK in two forms – e-tron and e-tron Launch Edition – priced at £71,490 OTR and £82,240 OTR respectively.

Like no other Audi before it in terms of technology, but with a familiarity to its look, feel and functionality that will ensure Audi drivers can become quickly attuned to it, the new five-seat SUV blazes a trail that will be followed by at least 11 more fully electric Audi models between now and 2025.

A 95kWh battery mounted beneath the passenger compartment is the lifeblood of the new e-tron. It feeds two electric motors – one per axle – which jointly deliver an output of up to 300kW, facilitating 5.7-second 0-62mph acceleration, a top speed of 124mph and a driving range of up to 241 miles.

Standard adaptive air suspension ensures that travel is as smooth as it is near-silent, and through sophisticated power management the two motors are always able to deliver the appropriate quantity of drive to each axle for optimal control and composure, effectively taking the quattro all-wheel-drive principle into the electric age.

Charging the e-tron via the ports positioned conveniently on each of its front wings is a simple process. At the touch of a button the covers for each port are propelled smoothly downwards to reveal sockets that can connect the car to a home AC electricity supply via conventional means or using a home wallbox, and to fast DC charging stations at up to 150 kW, the latter enabling recharging to 80% of capacity in as little as 30 minutes.

Technology not surprisingly takes centre stage throughout the e-tron – the MMI touch response concept that first introduced intuitive touch-screen functionality into the latest A8 and is gradually progressing through the range is naturally the advanced operating system at the heart of this car. Haptic feedback and voice control enhance its functionality, and it perfectly complements the fully digital instruments in the binnacle that form part of the standard Audi Virtual Cockpit. In the Launch Edition this incorporates two supplementary ‘e-tron’ and ‘Sport’ layouts offering additional functionality.

The Audi Smartphone Interface, Audi Phonebox wireless handset charging, MMI navigation plus and internet-based Audi connect infotainment services are of course included for both versions, as are assistance systems including the Audi Parking System Plus with 360-degree display and rear-view camera and Lane Departure Warning.

Visual hallmarks specific to the Launch Edition also include a black styling pack taking in the Singleframe grille surround and window cappings and privacy glass extending from the B-pillar rearwards. Inside, the e-tron’s Twin Leather upholstery is replaced by premium grade Valcona hide, and features such as a panoramic glass sunroof, electric steering wheel adjustment and a comfort remote preconditioning system further enhance life on board. The latter enables the driver to remotely activate the cabin air conditioning to pre-heat or pre-cool the cabin via the MMI or the free myAudi smartphone app. Seat heating and ventilation, steering wheel heating (if fitted) and window heating can also be switched on in this way well before a journey begins.

The list of convenience features also expands in the Launch Edition to include adaptive cruise assist, camera-based traffic sign recognition and a 360-degree camera offering panoramic views of the exterior of the car, plus a bird’s eye view, to help with parking manoeuvres.

Edition 1
For the past two weeks the e-tron has been available to order for prospective e-tron owners who took advantage of the Audi UK deposit scheme. These depositors have been given exclusive early access to the two e-tron variants, and also a third, the Edition 1, featuring an exceptional specification that goes beyond the Launch Edition. A total of thirty examples of the Edition 1 are earmarked for the UK, all of which have now been reserved.