Electrify America, IONITY, shut down part of their networks 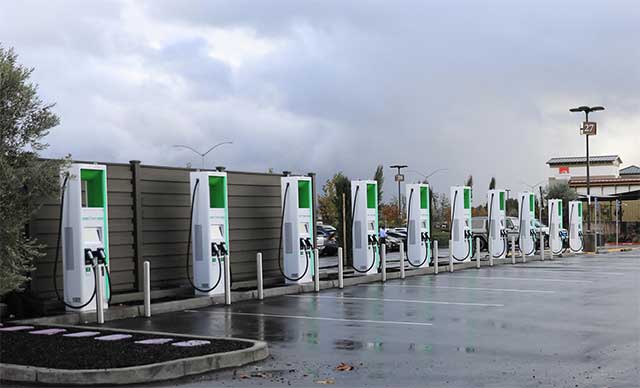 At the recommendation of its supplier, HUBER+SUHNER, a leading supplier of high-powered charging cable technology in the industry, Electrify America is shutting down the majority of its high-powered chargers (150 kW – 350kW) in its network to investigate a potential safety issue with its liquid-cooled cables.

The recommendation was issued to all of HUBER+SUHNERS’ customers using the technology worldwide.

Electrify America chargers not affected by the high-power cable issue will remain open and available for use. The 50kW CCS chargers, all CHAdeMO connectors and L2 chargers are not impacted.

Responding to an urgent recommendation by HUBER+SUHNER, IONITY has immediately shut down a number of its high-powered chargers (up to 350kW) in its network in order to investigate a potential safety issue concerning its liquid-cooled cables.

20 IONITY charging stations are affected by this measure in Austria, Switzerland, France and Denmark.

IONITY chargers not affected by the high-power cable issue will remain open and available for use. These including IONITY charging stations in the following countries: Germany, Italy, Denmark (except site in Aabenraa), Sweden and Norway.

At a charging station on a test site of a customer in Germany, a short-circuit occurred with a HUBER+SUHNER cooled high-power charging cable. Nobody was injured in this incident. The short-circuit occurred in the plug. The cooling circuit with the synthetic, non-conductive coolant can be ruled out as the cause. The product in question is a first-generation prototype, which was delivered in the summer of 2017.

The following stations in the US will remain open as follows: