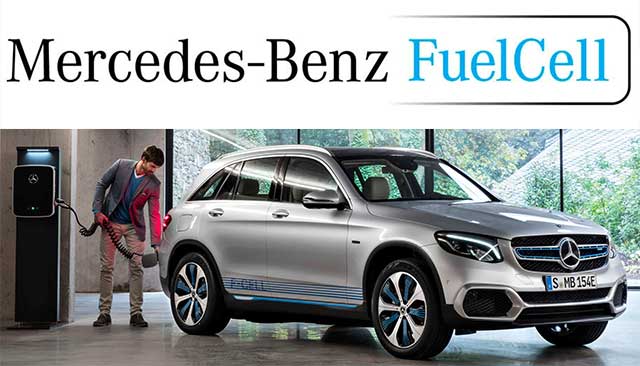 The fully owned Daimler subsidiary NuCellSys GmbH will operate under the name of Mercedes-Benz Fuel Cell GmbH from January 2019.

Mercedes-Benz Fuel Cell GmbH is founded on deep and long-standing know-how in fuel cell technology. All activities concerned with developing fuel cell systems have been focused at the Nabern site near Kirchheim-Teck since 1997.

“Fuel cell technology is an integral part of our drive system strategy”, says Professor Christian Mohrdieck, Head of Mercedes-Benz Fuel Cell GmbH and thus responsible for fuel cell drive system development at Daimler AG. “Zero local CO2 emissions, long ranges and short refuelling times, plus a wide range of applications from cars to buses, other large commercial vehicles and not least also for stationary applications make the technology a futureproof alternative. By changing the company name we are sending a clear signal and emphasising the future relevance of fuel cell technology. We are also dovetailing more closely with Daimler AG.”

The overall drivetrain and the hydrogen storage system of the new Mercedes-Benz GLC F-CELL, which celebrated its market launch just at the end of October, also comes from the fuel cell development centre in Nabern. The components and drive unit were subjected to stringent individual and endurance testing on a variety of test benches. The first prototypes were also built here.

There is already a new project on the agenda following development completion of the Mercedes-Benz GLC F-CELL: in the coming years fuel cell technology is also set to electrify the Mercedes-Benz Citaro city bus. In the past several dozen Citaro FuelCELL Hybrid city buses have already demonstrated their strengths in public service. In order to use the technology in other automotive segments and large volumes in future, Mercedes-Benz Fuel Cell GmbH is already in the midst of the task of further developing the fuel cell system to ensure that it can be flexibly incorporated into the Group-wide electric modular system.