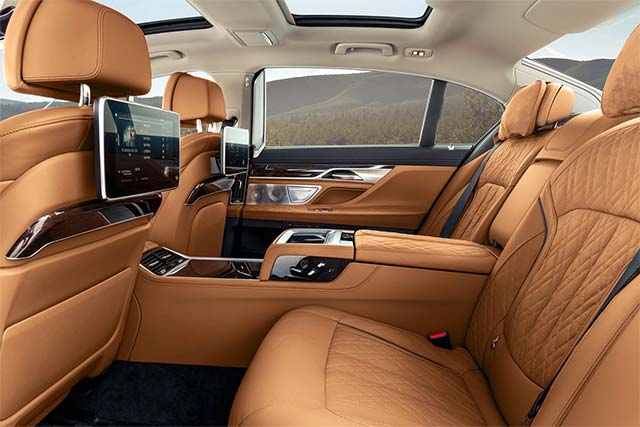 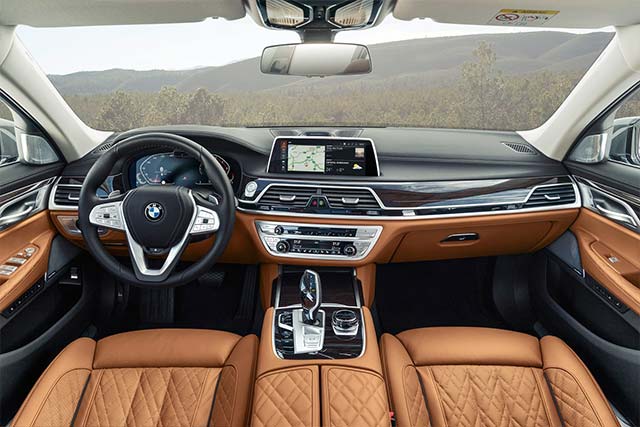 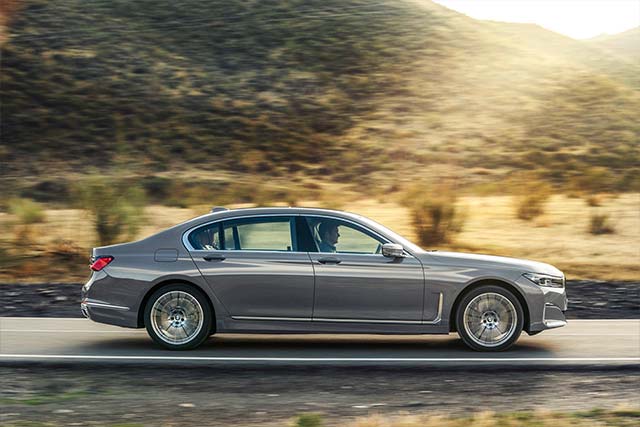 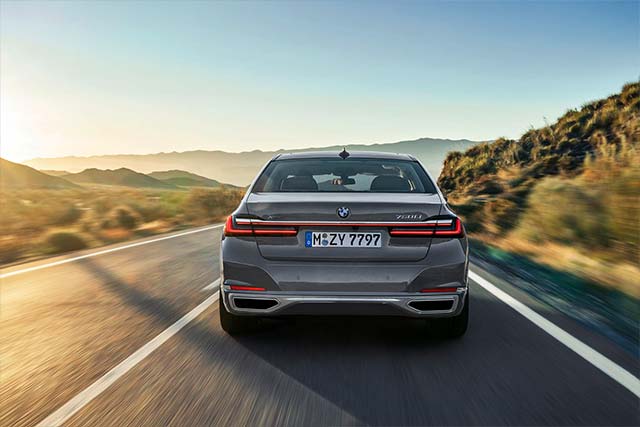 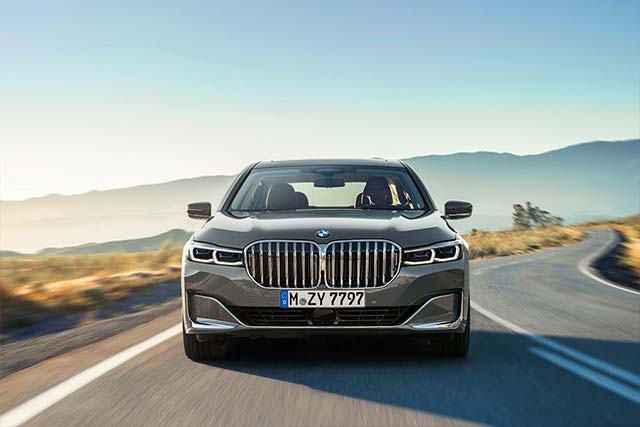 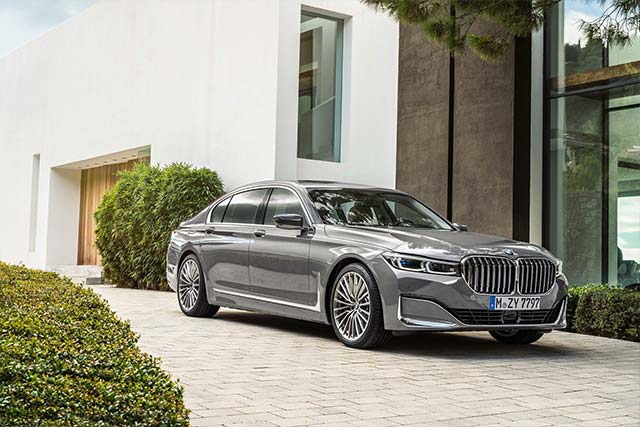 The new BMW 7-Series plug-in hybrid range will feature a prominent new radiator grille and a new plug-in hybrid drivetrain when it goes on sale worldwide in April.

The plug-in hybrid variants in the new BMW 7 Series range take all of the luxury sedan’s sporty prowess, passenger comfort and feel-good ambience and combine them with exceptionally high efficiency and the ability to offer a virtually silent, all-electric driving experience with zero local emissions.

The choice of models equipped with BMW eDrive technology now comprises the BMW 745e, the BMW 745Le and the BMW 745Le xDrive. The integration of a six-cylinder in-line engine into the plug-in hybrid system, a more advanced high-voltage battery, more power and torque, plus improved figures for electric range, consumption and CO2 emissions chart the progress that has been made compared with the outgoing models.

The plug-in hybrid models that will be available at the launch of the new BMW 7 Series in spring 2019 capture all of the luxury sedan’s essence even more effectively than before. Their newly developed drive technology consists of a specially adapted six-cylinder in-line petrol engine from the current BMW EfficientDynamics family of power units – whose maximum output of 210 kW/286 hp is delivered with characteristic smoothness and free-revving eagerness – an electric motor with a rated output of 83 kW/113 hp and a rated torque of 265 Nm (195 lb-ft), and a new lithium-ion battery with the latest battery cell technology and increased capacity.

Enhancements have also been made to the power electronics, whose intelligent energy management ensures precisely orchestrated interaction between the two drive units and, if the proactive driving function is activated, efficiently coordinates the electric driving phases to coincide with sections of the journey that should be covered without any emissions. At the same time, the added dynamism from the electrical boost, which translates into even snappier response, is greater than before, as is the gain in efficiency produced by the assistance from the electric motor. With the Driving Experience Control switch set to SPORT mode, the drive duo can unleash a combined output of 290 kW/394 hp, while the maximum combined torque for the plug-in hybrid variants in the new BMW 7 Series is up to 600 Nm (442 lb-ft).

The new plug-in hybrid drive technology enables the BMW 745e, BMW 745Le and BMW 745Le xDrive models to record times of between 5.3 and 5.1 seconds for the 0 – 100 km/h (62 mph) sprint and achieve an electric range that varies between 50 and 58 kilometers (31 – 36 miles). The speed threshold in hybrid-mode has also jumped to 110 km/h (68 mph), allowing the pleasure of driving in a luxury sedan with zero local emissions to be now enjoyed far beyond the city limits too. The energy required for this is stored in a latest-generation lithium-ion battery located underneath the rear seats with an increased gross capacity of 12.0 kWh. The combined fuel consumption figures for the plug-in hybrid luxury sedans – which were calculated based on the new WLTP test cycle then converted back into NEDC-equivalent values – come in at between 2.6 and 2.1 liters per 100 kilometers (108.6 – 134.5 mpg imp). The CO2 emissions produced when burning fuel average 59 – 48 grams per kilometer. The BMW 745e, BMW 745Le and BMW 745Le xDrive have a combined electric power consumption of between 16.3 and 15.0 kWh per 100 kilometers.

The BMW 745e, BMW 745Le and BMW 745Le xDrive are equipped with a hybrid-specific variant of the eight-speed Steptronic transmission incorporating both the electric motor and the further refined separating clutch that acts as the link to the engine. Its extremely compact design means it is only around 15 millimeters longer than the transmissions in the non-hybrid models. For the first time, the plug-in hybrid variants of the luxury sedan are also now available with the option of an eight-speed Steptronic Sport transmission, offering even quicker gear changes and the benefit of shift paddles on the steering wheel.

BMW says a number of the styling revisions have resulted in improved aerodynamics and efficiency.

The new BMW 7 Series also includes the latest version of the BMW Touch Command unit. This removable tablet with a seven-inch screen can be used from any seat and even outside the vehicle.

It lets the occupants operate comfort functions such as seat adjustment, interior lighting and climate control, as well as the infotainment, navigation and communication systems. It can also be used to play external audio and video files.

The graphics and menu system of the BMW Touch Command tablet and the rear-seat entertainment Experience displays are now aligned with the software features and functionality of BMW Operating System 7.0, which is also used for the all-digital displays of the instrument cluster and Control Display.

Four-wheel steering is available as an option to improve handling and maneuverability.

There is also an Executive Drive Pro chassis system, which uses navigation data and a camera to adapt the suspension for greater comfort.

Jan 21, 2019Blagojce Krivevski
AFC Energy launches EV charger based on fuel-cell techNissan LEAF is the best-selling car in Norway and the top-selling EV in Europe