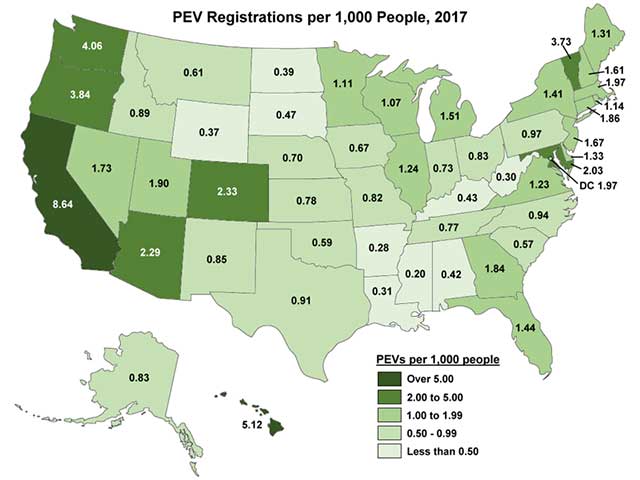 California had 8.64 plug-in vehicle (PEV) registrations per 1,000 people in 2017, followed by Hawaii with 5.12, and Washington state with 4.06, according to the US Department of Energy data.

Other states with PEV registrations per 1,000 people greater than two were Oregon, Vermont, Colorado, Arizona, and Maryland.

More than 500,000 electric vehicles have been sold in California, with sales topping that figure in November 2018, according to tracking by Veloz, a public-private coalition of major electric car industry stakeholders. 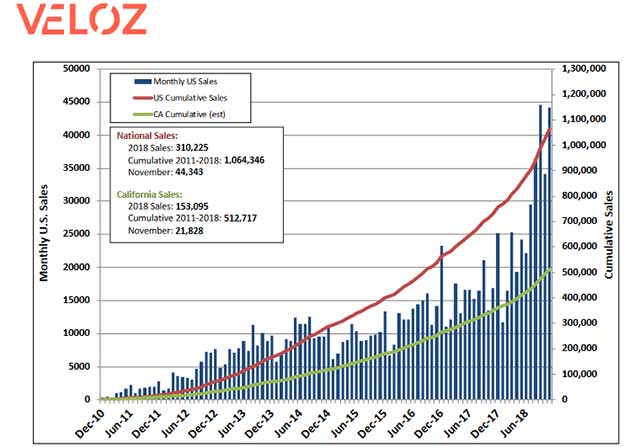 As of October 2018, more than one million plug-in vehicles have been sold in the United States. 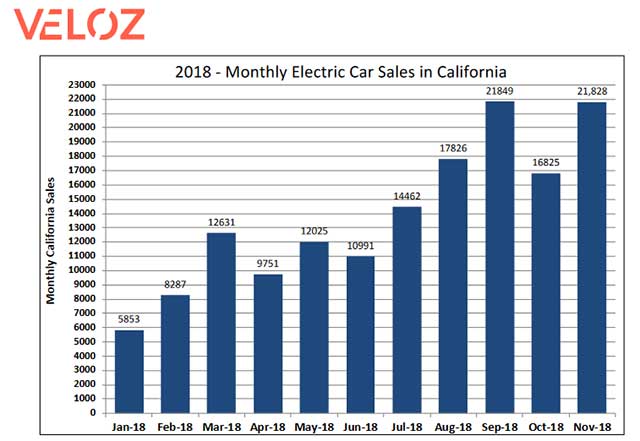