US DOE: One Million Plug-in Vehicles Have Been Sold in the US 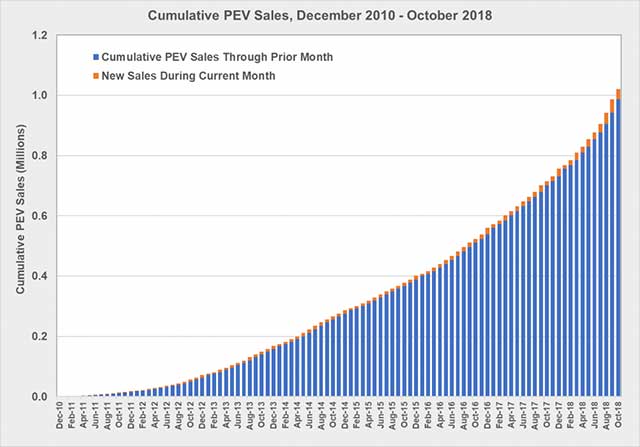 As of October 2018, one million plug-in vehicles have been sold in the United States, according to the US Department of Energy data.

Plug-in sales began in December 2010 with sales of the Nissan Leaf and Chevrolet Volt. Other plug-in vehicle models followed, but plug-in sales remained below 5,000 per month until September 2012.