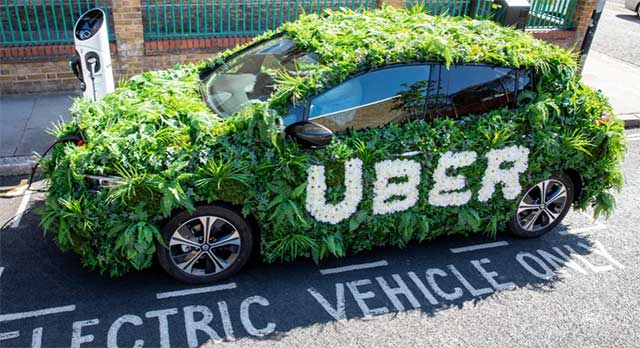 Uber is planning to add a surcharge to all fares booked via its app in London to create a 200 million-pound ($260 million) fund to help drivers switch to electric vehicles.

Uber’s Clean Air Plan is a step towards helping to tackle air pollution in London – with a bold aim for every car on the app in the capital to be fully electric in 2025.

The Plan is aimed at addressing some of the key challenges drivers face in upgrading to cleaner vehicles. As part of Uber’s Clean Air Plan:

– From early next year, a ‘clean air fee’ of 15p per mile will be included on every trip booked through the Uber app in London – every penny of which will go towards helping drivers to upgrade into an electric vehicle as well as other clean air initiatives. On an average trip in London, this will mean a clean air fee of around 45p.

– Every driver using the app in London will be able to get assistance to help them move into an electric car. The amount of support drivers will receive towards the cost of an electric vehicle will be based on the number of miles they have driven on the app. For example, a driver using the app for an average of 40 hours per week could expect around £3,000 of support towards an EV in two years’ time and £4,500 in three years.

– Uber expects to raise more than £200m to support drivers transitioning to electric vehicles over the next few years.

Uber aims for all cars on the app to be fully electric in London in 2025, and the company anticipates the first 20,000 drivers upgrading to electric vehicles by the end of 2021.

In addition to the cost of an electric vehicle, the other key barrier identified by an Energy Saving Trust report into our EV pilot was the availability of charging points. That’s why, to help achieve an all electric vision, Uber is working with a number of third parties:

– Uber has already partnered with ChargePoint to provide a number of rapid charging stations in central London to existing drivers of electric vehicles.

– Uber is also working with other industry players on ways to improve London’s charging infrastructure, including by using anonymised data to provide insights into charging patterns and behaviour.

Another element of our Clean Air Plan is a diesel scrappage scheme aimed at removing 1,000 of the most polluting cars from London’s roads which will also launch early next year. The first 1,000 people in London to scrap a pre-Euro 4 diesel vehicle and provide an official scrappage certificate will receive up to £1,500 of credit to spend on Uber or uberPOOL rides.