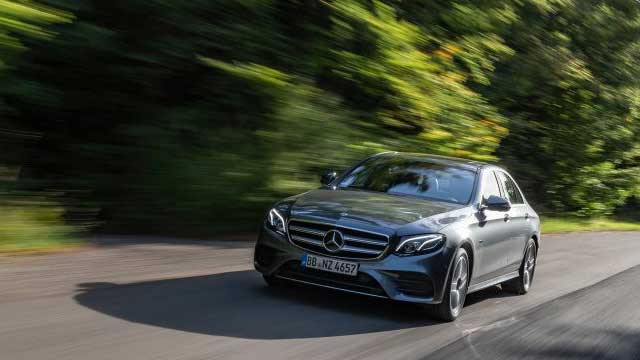 The enhanced third-generation plug-in-hybrid components allow both. With a 0 to 100 km/h acceleration time of 5.9 seconds, the E 300 de is almost on a par with the petrol model, and the Saloon version has NEDC emissions of just 41 g CO2 per kilometre, equivalent to 1.6 litres of diesel per 100 km. Its range is particularly impressive, especially if the optional 60-litre tank is fitted, which should make it easy to achieve over 1000 kilometres between fuel stops in day-to-day driving. 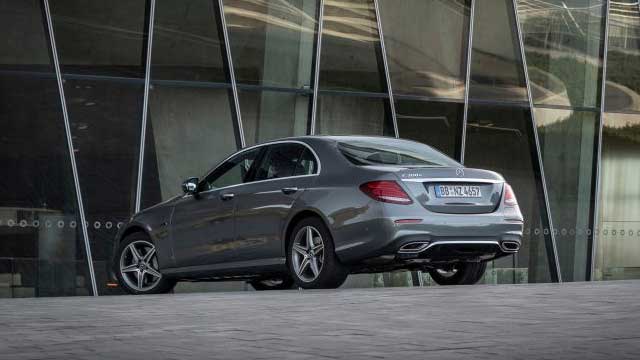 In the E 300 e and 300 de models, the electric motor in the hybrid traction head of the 9G-TRONIC 9-speed transmission now has an EQ Power of 90 kW and delivers 440 Nm of torque from a standing start. When the four-cylinder combustion engine and electric motor are working in unison, the transmission sends an electronically limited peak torque of 700 Nm to the rear axle (E 350 e: 550 Nm).

Furthermore, the high-voltage battery in the E-Class takes up the same amount of space but has a far greater energy content of 13.5 kWh (previously 6.4 kWh) due to its modified cell chemistry. Thanks to a water-cooled on-board charger with a capacity of 7.4 kW, the battery can be charged from 10 to 100 percent SoC (State of Charge) in approx. 1.5 hours at a Wallbox (Mercedes-Benz has introduced a new generation of these, too) if the full power is used. The same is possible in around five hours even at a conventional domestic power socket.

There is a choice of five driving programs and four operating modes, allowing the powertrain management strategy to be adapted both to the driver’s requirements and to the on-board energy supplies. This control system achieves its highest efficiency in the Economy or Comfort program as it accesses the data of all the driver assistance systems – such as radar sensors, camera and navigation system – and outperforms any driver when it comes to anticipatory driving. The powertrain management takes account of the topography, route and traffic situation to calculate precisely when it is best for the driver to come off the accelerator (and use the momentum for charging), when and how often the transmission should change gear to save fuel and maximise the range of the electric drive, and how the operating temperature of all major components needs to be controlled to negotiate the next uphill gradient efficiently.

The ECO Assist provides hints on the display in front of the driver and uses a resistance point on the accelerator pedal so that the driver intuitively knows how much acceleration is needed to minimise operation of the combustion engine. Drivers who follow this advice and regularly make use of the ‘gliding’ function, recuperation and all-electric driving receive confirmation of the distance covered without petrol consumption and emissions at the end of the journey.