car2go announces launch in the French capital for January 2019 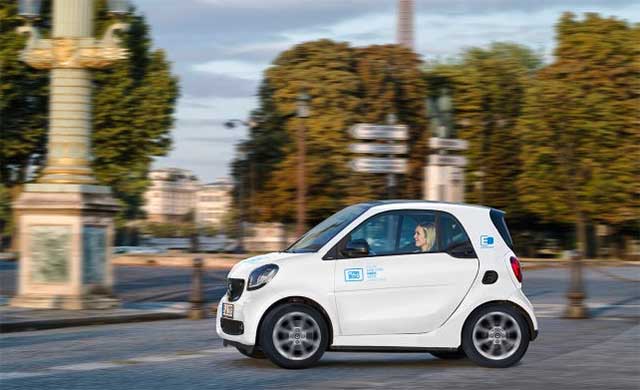 Beginning next year, car2go, the global market leader in the flexible carsharing sector, will be offering its services in the French capital. This announcement was made by car2go CEO Olivier Reppert at the opening of this year’s Paris Motor Show.

car2go will initially offer 400 of the very latest fully electric smart EQ fortwo cars for spontaneous and flexible rental to the inhabitants of Paris. During the course of 2019, car2go expects to add several hundred more cars to the Paris fleet.

Paris fulfills many preconditions necessary for the successful launch of a free-floating carsharing service. car2go takes many factors into consideration before launching in a city, including for example, the size and population density of the city, the local public transport network and the work-leisure-residential balance within the urban districts.

After Amsterdam, Stuttgart and Madrid, Paris will become the fourth city in which car2go operates a fully electric fleet of cars. The company already benefits from many years of experience and great expertise in the management of large fully electric fleets. To date, the more than 400,000 customers at the electric fleet locations have driven over 79 million zero-local-emission kilometers – equating to 1,972 times around the world.

With the launch in Paris, car2go is further extending its leading position in the electric carsharing sector. From the beginning of 2019, the inhabitants of Paris will join the community of 3.4 million car2go customers worldwide and travel through the streets of Paris in fully electric smart EQ fortwo cars creating zero local emissions.

The electric vehicles not only have beneficial effects on the air quality, but the carsharing principle itself also helps cities manage traffic and parking problems. A recent study by the Karlsruhe Institute for Technology showed that each car2go vehicle on the streets of Berlin replaces up to 15 private cars. The study also indicated that the total number of private car kilometers driven in the city is significantly reduced through the use of car2go vehicles.