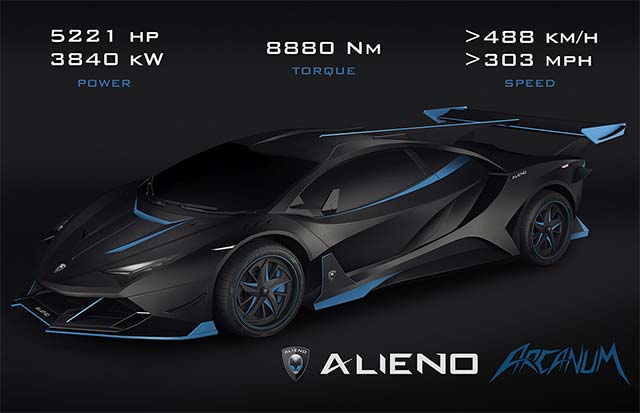 The name of the brand is derived from the Italian word “alieno”, which means “alien”, because, as its founder/CEO/CTO and chief constructor Ahmed Merchev says it, he has a mission to “create hypercars with alien technologies from the future into the present.”

The name of the model comes from the Latin word “arcanum”, which means “the secret of the secrets”. It is based on innovative ALIENO technologies and know-how and is a 2-door / 2-seater robotic all-electric hypercar. 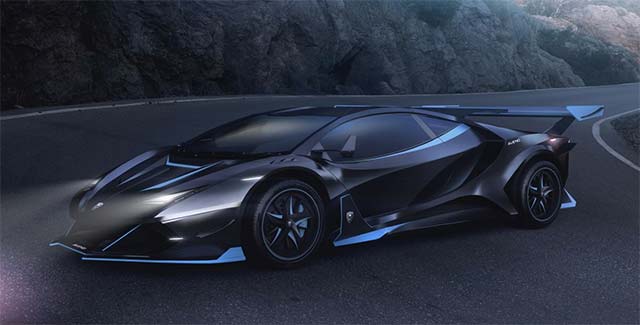 “ALIENO ARCANUM is an all-electric hypercar from the future with a brutal technical superiority, which is in the basis of the DNA of the brand ALIENO. This our first debut model, expresses clearly the mission of ALIENO to create hypercars with alien technologies from the future into the present. ALIENO ARCANUM does not follow the rules, but it creates new ones, providing an extremely exciting driving experience and enjoyment. By this, it touches not only the senses, but also your soul. Moreover, considering the intelligence of the car achieved through the ALIENO artificial intelligence systems built into it, it is like having at disposal your own alien, being your guide, your guardian and who teaches you how to reach its full potential, while driving it,” Ahmed Merchev said in press release. 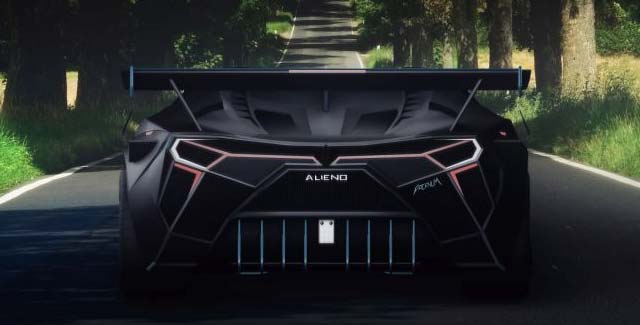 The power and torque output comes thanks to ALIENO’s direct drive powertrain, which features a minimum of three and a maximum of six electric motors (depending on RP) powering each wheel. These motors are powered by ALIENO’s own battery made from a combination of Graphene LiPo cells and supercapacitors. Buyers can choose from three different batteries, each with a different role. The 180-kilowatt-hour Street battery pack provides maximum range at 1,020 km (634 miles), while the 120-kilowatt-hour Track battery is optimized to allow for several miles on the track and not much else. The 60 kilowatt-hour Race battery is used to shed the most amount of weight from the car. Depending on the battery used, the ARCANUM can run one to three full laps of the grueling 12.9-mile Nordschleife circuit at the Nürburgring on a single charge.

Acceleration times and other dynamic characteristics will be announced additionally. 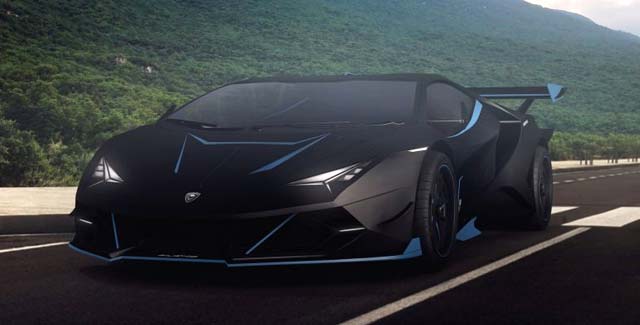 According to its purpose, each of the versions is available in 3 basic modifications: STR (Street),

TRC (Track) and RCE (Race), whose basic dynamic characteristics are the same, but only differ by standards/homologations they meet.

The STR (Street) modification, is a street-legal car (a car approved for use on public roads) with global homologation.

The TRC (Track) modification is a track day car (car intended for use on a track) and does not fall under any restrictions, which are normally required by any homologations.

The RCE (Race) modification is a race car optimized to cover the requirements of specific race championships, while ALIENO is even prepared to modify the car to meet the requirements needed for the heir of LMP1 category of the 24 Hours of Le Mans and FIA World Endurance Championship, immediately after the rules of the championship allow participation in it of an all-electric hypercars, powered by batteries. 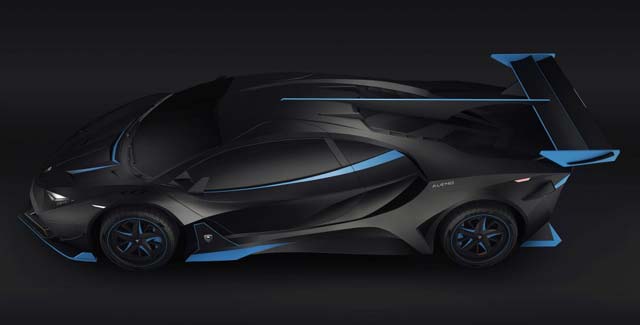 The battery consists of few ALIENO Plug & Play interchangeable modules, as the car automatically adjusts its parameters according to the number and the status of the installed modules. It is possible to install different number of modules, with the idea of providing different capacities between the three base variants of the battery. In this case, according to the desired number of battery modules, “the alien” guides the user, where exactly he should place the modules, in order to achieve maximum stability and lowest center of gravity of the car, and of course achieving optimal weight distribution between the front and rear axles. 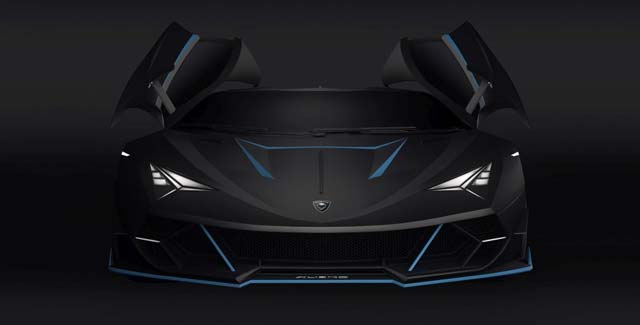 The ALIENO Plug & Play interchangeable modules, also provide an option for easy replacement and upgrade of the battery with a new one. They have multiple built-in safety and security systems. ALIENO ARCANUM has several different options for charging of the battery, including a wireless inductive, 3-phase 22 kW on-board and 350 kW DC Combo (CCS). Optionally available is also 400 kW DC CHAdeMO.

ALIENO ARCANUM can be equipped with few different versions of the interior, details of which will be further revealed. Among them, there are futuristic designs, as well as more moderate and classic designs, which will be available for all other models of ALIENO. The goal is to provide optimal choice for each customer, as when it comes to the interior space of the car, where the ALIENO customer will spend most of his time, he is not restricted with only one interior, that he may not like, but has the option to choose from few different ones, according to his own personal preferences. The interior is made from ALIENO pre-preg carbon-fiber details, leather and Alcantara.

In addition to the battery and variants and interior trim, customers can also choose their own wheels, rear wing, steering wheel, seats, and other components that ALIENO will reveal later. Each car is hand-built at the company’s factory in Bulgaria.