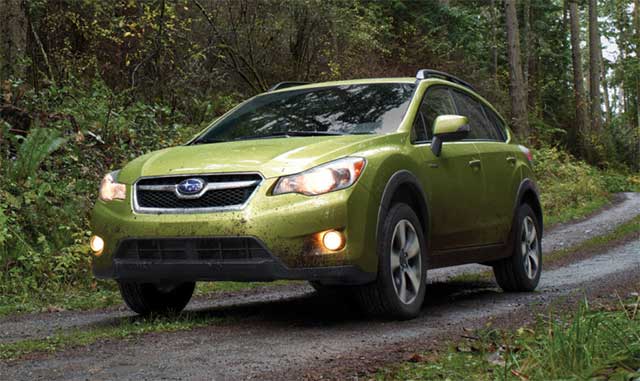 It can be driven as a normal Hybrid, using both gas and electric power and eliminating range anxiety, or driven on pure electric drive for local commuting.

The Crosstrek Hybrid is an advanced, eco-friendly version of the versatile compact SUV that has become the brand’s third best-selling model in America.

Subaru has been conservative about electrifying its lineup. It did introduce a conventional hybrid version of the Crosstrek for the 2014 model year, but it’s not expected to launch its first all-electric cars until 2021. The 2019 Crosstrek Hybrid is a first step in that direction.

The closest competition will be the Kia Niro PHEV, which has a claimed range of 26 miles. Another potential competitor is the Mitsubishi Outlander PHEV, which provides 22 miles of electric-only range.