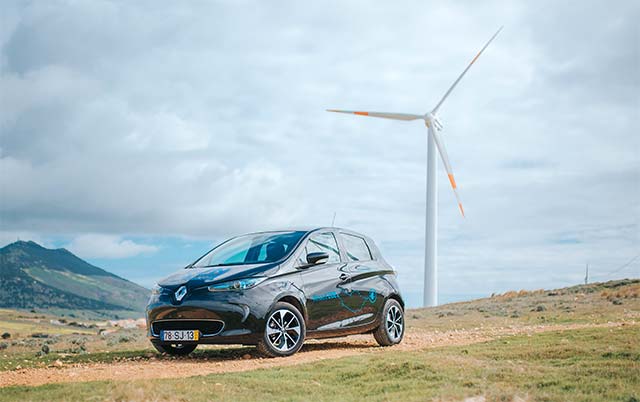 The all-electric Renault ZOE has underlined the significant financial and environmental benefits it offers businesses of all sizes by winning the Best SME Green Company Car category at the 2018 Business Car Manager awards.

Hosted by Business Car Manager magazine, the annual awards celebrate the very best company vehicles and company car programmes available to SMEs. The Renault ZOE, in Dynamique Nav specification, was announced as this year’s winner of the hard-fought Green Company Car award at a presentation ceremony held this week in London.

ZOE added the highly coveted award to its ever-growing trophy cabinet after impressing the expert independent judging panel with its unrivalled combination of competitive P11D price, low BIK, excellent running costs, great specification and a best-in-class real-world range of up to 186 miles.

In addition, industry experts – led by Paul Hollick, chairman of the Institute of Car Fleet Management and commercial director of The Miles Consultancy – also praised the manufacturer for how it complements the ZOE with a class-leading package of support that makes it easier for SMEs to make the switch to an ‘electrified’ vehicle.

The latest Model Year 18 ZOE has recently been announced. The major change is the increase in power from 90hp to 110hp with the new R110 motor. The increase in power has reduced the acceleration time from 80 to 120kph by 2 seconds; however charging times and driving range are unaffected. Also new for model year 18 is increased specification. With Android Auto standard on all versions, drivers will be able to display driving-compatible apps such as Waze, Google Maps and Spotify. A new purple interior colour touch pack is complimented by the Aconite Purple exterior metallic paint. The mode year 18 ZOE will be WLTP homologated with official figures yet to be confirmed.

Since its launch in the UK in 2013, Renault has almost doubled the ZOE’s range thanks to technological advancements such as an increased battery capacity and more efficient motor.

ZOE is the best-selling electric car in Europe and more than 6,000 ZOE have been sold since launching in the UK in 2013.

In a related news, the 100% electric Renault Kangoo Van Z.E.33 has reaffirmed its class-leading status by being named ‘Best Green Van’ for the second consecutive year at the Business Van of the Year Awards.

Hosted by the Business Vans website, the annual awards recognise the van and commercial vehicle manufacturers that are leading the way in the LCV sector. Now benefiting from an improved battery and faster charging since taking the title in 2017, the Renault Kangoo Van Z.E.33 won over the expert independent judging panel with its usability, range and frugality.

Making a significant contribution to the class-leading range of the latest Kangoo Van Z.E.33 is the recently introduced, higher density 33kWh battery, which, although having significantly more storage capacity than the previous battery, is physically the same size. While ensuring the van can travel a longer distance between charges, the compact dimensions of the advanced battery also mean there is little impact on the available payload of up to 640kgs.

Together with the enhanced battery, the Kangoo Van Z.E.33 benefits from an optional, upgraded charger that reduces charging times and is twice as powerful as its previous one. The single phase 7kW AC charger can take the new 33kWh battery to a full charge in just six hours, with the ability to ‘top-up’ the vehicle by up to 21 miles in just one hour. This compares to eight hours for less range with the previous version.

Renault is Europe’s leading electric vehicle manufacturer — for both cars and vans — and offers a line-up of electric vehicles including the multiple award-winning ZOE supermini, with its enhanced 186-mile ‘real world’ range, the Twizy urban quadricycle and the Kangoo Van Z.E.33. The Master Z.E. – an all-electric version of Renault’s large panel van – will join the line-up towards the end of the year.