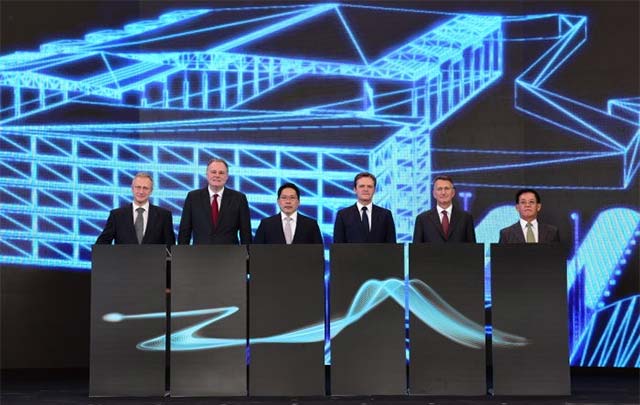 With a strategic decision Mercedes-Benz Cars is enhancing the manufacturing footprint in South-East Asia addressing growing demand for electric mobility in the region. Together with local partner Thonburi Automotive Assembly Plant (TAAP), the German carmaker will invest a total of over 100 Million Euros in the production operations in Bangkok until 2020.

The investment will go into an extension of the existing car plant and into a new battery assembly built on the site ensuring availability of cutting-edge technology for electrified and “EQ Power” Plug-In Hybrid vehicles produced in Thailand.

“The electric initiative in the flexible and efficient global production network of Mercedes-Benz Cars is progressing well and with ultimate speed. As part of our strategy, we are now preparing for the future of electromobility in Thailand together with our partner TAAP. With our highly standardized and scalable battery production concept we are able to start operations in any region at short notice and at the right size. The battery production in Thailand will enhance our global battery production network to six factories on the three continents,” states Markus Schäfer, Member of the Divisional Board of Management Mercedes-Benz Cars, Production and Supply Chain.

Thanks to a standardized production and plant concept, the battery production concept of Mercedes-Benz Cars can be scaled in such a way that various value-added stages as well as production concepts can be implemented flexibly and in line with the markets worldwide.

By 2022, Daimler will electrify the entire portfolio of Mercedes-Benz, offering customers at least one electrified alternative in all segments from compact cars to large SUVs. The company is planning to offer more than 50 electrified vehicle variants. Mercedes-Benz will be continuously supporting the development of Plug-In Hybrids and the introduction of 48-volt-systems. The first EQ series model- the EQC – will go into production in 2019 in Bremen, Germany. The product and technology brand EQ is an integral part of CASE, which stands for the intelligent combination of the strategic pillars of connectivity (Connected), autonomous driving (Autonomous), flexible use (Shared & Services) and electric drive systems (Electric).