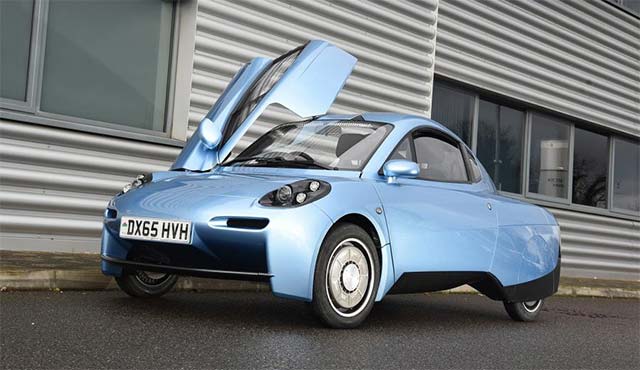 Riversimple is aiming to revolutionise the car industry by making it more sustainable.

After recognising the impact the car industry has on the environment, lead engineer and co-founder of Riversimple, Hugo Spowers, designed an electric car that will never be sold.

Riversimple aims to bring hydrogen fuel cell-powered cars to the market. The difference is, this car will be brought to the market under a sale of service contract.

With the help of Innovate UK’s funding into carbon-fibre braiding research, this new hydrogen fuel cell-powered car is in production, known as the Rasa, and will be on the market by 2020.

The Rasa Car
The Rasa is designed to be a low-emission, high-efficiency model. The first prototype was developed in 2016 and was very light, weighing only 580kg.

The Rasa is the first vehicle that has had an impressive performance with a low-powered hydrogen fuel cell. This fuel cell makes the car more efficient than others on the road, as its engine is only designed for the necessary power demand.

Therefore, while the fuel cell is only big enough to provide cruising power, the recycled energy boosts acceleration. This, in turn, reduces the harm the car has on the environment.

The Rasa car perpetuates the company’s purpose, which is: “To pursue, systematically, the elimination of the environmental impact of personal transport.”

Low-Production Costs
However, Riversimple ran into problems in getting the car to market, as production costs of the new technology were very high.

Through an Innovate UK-funded project into carbon braiding, Riversimple are developing the volume production processes for the car’s carbon structure. This system allows the company to keep production costs down.

Riversimple is also working with another Innovate UK-funded project. This project pays the component supplier companies for their services, which ensures their products are economical and well-produced.

This should ensure every investment Riversimple is sustainable and gets them to their end goal.

Sale of Service
The Rasa won’t only change how cars are produced, but also how they’re distributed. In fact, the Rasa won’t be sold at all.

The aim of Riversimple is to keep the Rasa on the road as long as possible, not to encourage customers to buy a newer model. This sets the Rasa apart from other electric cars on the market.

Following a similar system to a mobile phone contract, customers will sign up to the Rasa for 1-3 years. For a reduced fee, they can renew the contract once it’s finished. This contract will cover everything, from insurance to fuel prices. This provides an incentive for Riversimple to make the model as efficient as possible.

Therefore, this sale of service model will make sustainability profitable.