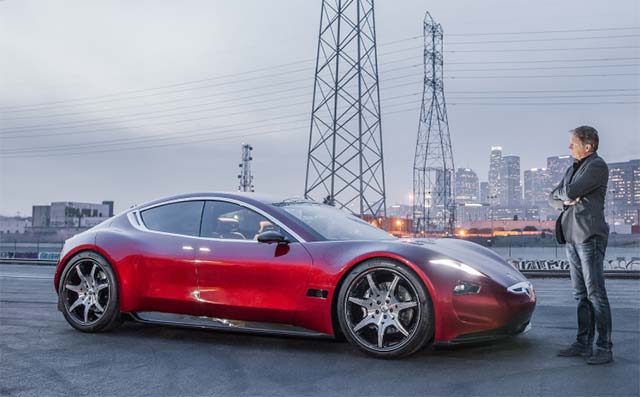 Fisker EMotion disrupts convention in the most sensually radical way. The luxury electric EMotion delivers an exterior design language that emotionally connects with the consumer and evokes senses – complemented with an interior that creates personalized environments through individually designed seats and tailor-made luxury touches. 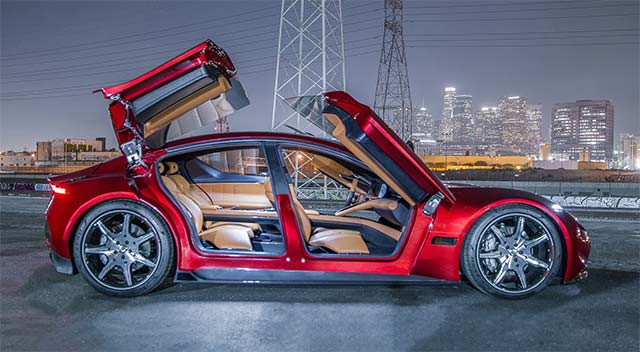 The EMotion comes with four or five seats, with doors that rise like butterfly controlled by the driver’s smartphone. They can be opened via flush handles on the exterior, too.

The EMotion features five integrated Quanergy S3 LiDAR sensors for autonomous driving up to Level 4. The car produces 575kW thanks to multiple electric motors powering each wheel. The company’s claims are impressive: It will be able to cover a minimum of 400 miles on a single charge, top out at 161 mph and 0-60 mph in under 3 seconds. That’s more power and range than the Tesla Model S P100D, but off the line it isn’t as quick. The Tesla can cover the same sprint in 2.5 seconds. 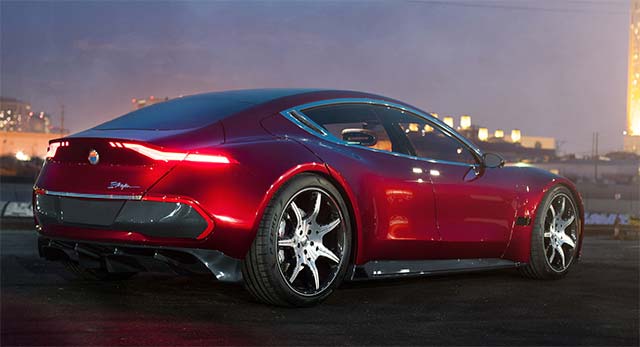 The Fisker EMotion will be produced in the United States at a location to be announced during the second half of 2018. When on sale in the US in 2019, it’ll be priced from $129,900.

To complement the global debut of the EMotion, the truly groundbreaking, patent-pending Fisker Flexible Solid-State Battery will be on full display – separate from the vehicle. With immense implications for the automotive industry and personal consumer electronics around the globe, the breakthrough battery technology delivers 2.5 times the energy density of lithium-ion batteries – shattering conventional thought on EV range and charge times. 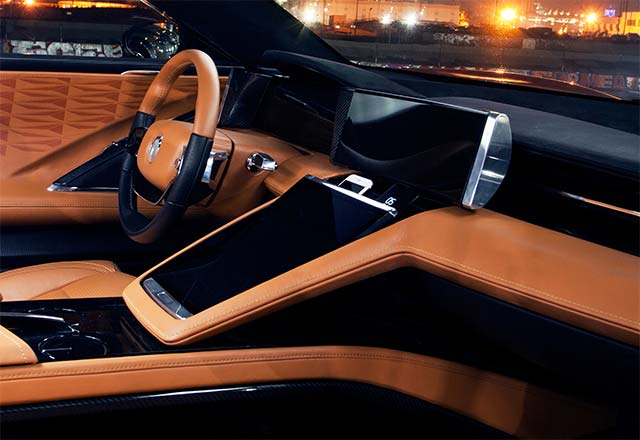 “We are truly entering a new era in the way the world thinks about vehicles, the way EVs are charged and the way personal consumer electronics are powered – with Fisker Inc. now clearly at the forefront of that revolution through our worldwide launches at CES,” said Henrik Fisker, chairman and CEO of Fisker Inc. “With the EMotion, we’re introducing edgy, dramatic and emotionally-charged design/proportions – complemented with technological innovation that moves us into the future. That design balance is what has made the Fisker brand emotionally connect with our consumers. We’ve also made the seemingly impossible, possible with our scientists spearheading the breakthrough in Flexible Solid-State battery technology – which is the next generation in charging everything from your personal cell phone to enabling mass adoption of electric vehicles due to unprecedented ranges and lighting fast charge times. We’re incredibly excited to showcase working solid-state batteries and the vehicle, in-person, on such a massive global stage. Fisker Inc. is about breaking barriers, leading in automotive technologies and ultimately creating the most desirable, functional futuristic electric vehicles.” 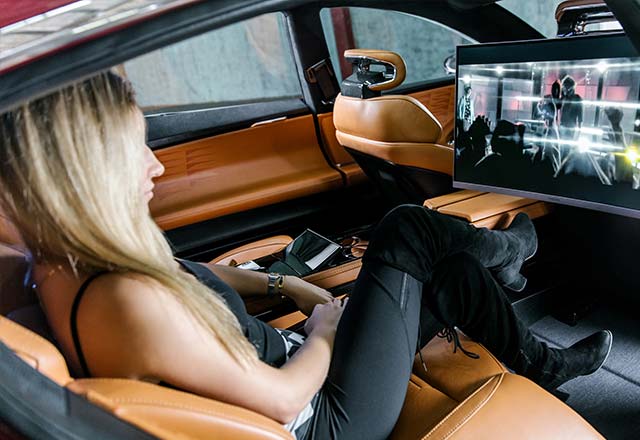