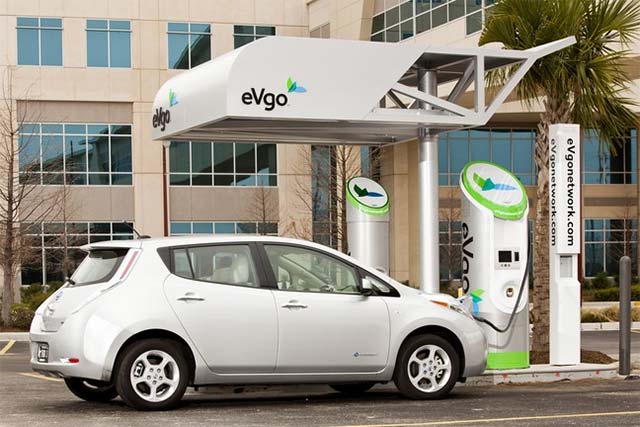 In model year 2011, there were just three different models of all-electric vehicles (AEV) available and their ranges on a full charge (according to the Environmental Protection Agency) spanned from 63 to 94 miles.

By model year 2017, the number of AEV models increased to 15 and the available ranges expanded as well, from a minimum of 58 miles for the smart fortwo Electric Drive Coupe to a maximum of 335 miles for the Tesla Model S 100D. 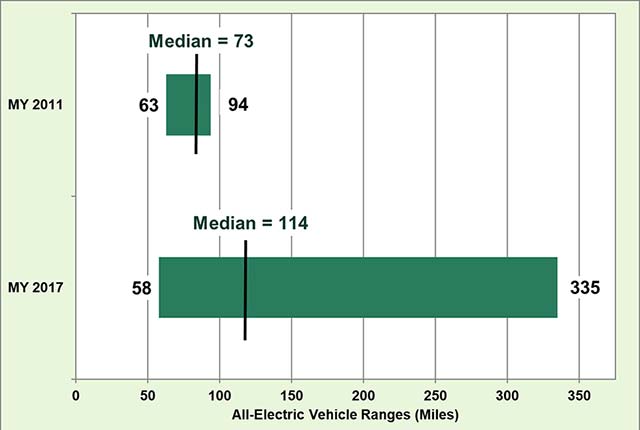 Median is based on the models listed in the supporting data spreadsheet; some of these AEV models are available with different battery capacities/body styles, which have shorter ranges.