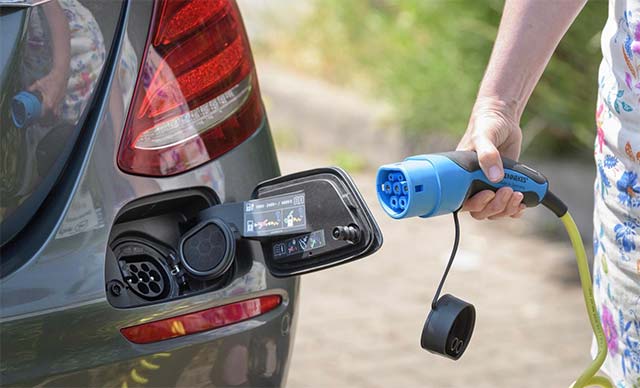 While range-anxiety is set to become a thing of the past, without widespread, reliable and simple-to-use charge points the practicalities of ‘filling up’ electric cars could limit the mass-market appeal of ultra-green vehicles.

It could also hamper the government’s plan to ban the sale of conventional petrol and diesel cars by 2040.

If unacceptable delays in refuelling are to be avoided, the big strides being made by car manufacturers in battery performance – reflected in the growing distance vehicles can travel – needs to be matched by a rollout of high-performance public charge points, particularly on motorways and major A roads.

In a report for the RAC Foundation looking at how powers the Government is seeking in its Automated and Electric Vehicle Bill could be used to best effect, Harold Dermott lays out the key recharging challenges that urgently need addressing. He says that:

– Even though 80% of EV owners have access to home charging, 93% use the public charge point network

– Government support has encouraged quantity rather than quality, with the result that the current public charge point network is “unattractive to use and is unsuitable for encouraging the next wave of EV customers”

– Lack of standardisation of connectors and charging protocols has resulted in a bewildering array of types of charge point, connectors and tariffs which is poorly presented to the public.

– High performance batteries previously used in electric vehicles will start becoming available in volume from about 2020. These will be ideal to provide local energy storage at charge points to ease pressure on the grid

– Rapid (50 kW+) charge points are essential for battery electric vehicles on long journeys but are irrelevant for plug-in hybrid vehicles which can recharge at a rate no faster than 3.6kw

It makes clear that the rapid take-up of electric vehicles required to meet the Government’s recent confirmation that no new wholly petrol or diesel-fuelled cars can be sold after 2040 will only happen if there is a step change in the approach to providing an adequate national charge point network.

The Committee on Climate Change has previously said that for the UK to reach its emission-cutting goals, 16% of new cars sold in 2020 should be ultra-low emission vehicles. In 2016 the proportion was 1.4%.

The report recognises that the Automated and Electric Vehicle Bill – promised in this year’s Queen’s Speech – could provide the opportunity to address some of the problems through proposals such as:

– Ensuring that for each rapid charge point installed at a motorway service area, three slow ones are also installed for use by plug-in hybrids which cannot recharge at a rate faster than 3.6kw

The RAC Foundation is a transport policy and research organisation that explores the economic, mobility, safety and environmental issues relating to roads and their users. The Foundation publishes independent and authoritative research with which it promotes informed debate and advocates policy in the interest of the responsible motorist.

The full report in PDF can be downloaded here.