DiDi Chuxing will build its own EV charging network 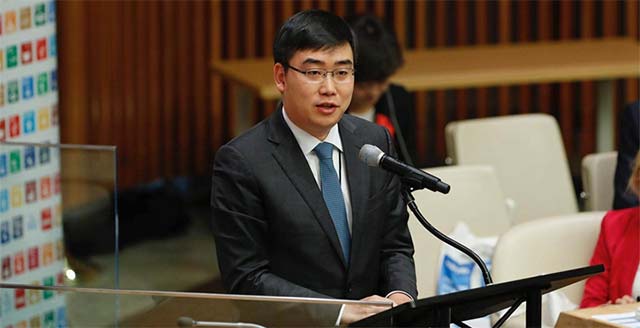 “We have started new joint venture projects to build our own EV charging systems. DiDi’s charging networks will not only cover our own fleet. It will also serve families and the public,” said Didi Chuxing co-founder and chief executive officer Cheng Wei, at a sustainable energy summit jointly sponsored by the United Nations and the Global Energy Interconnection Development and Cooperation Organization (GEIDCO), which is a key partner in DiDi’s new EV infrastructure program.

According to the International Energy Agency (IEA), more than 750,000 EVs were sold worldwide last year, compared to 547,220 sold in 2015. China has surpassed the US to be the largest carrier of electric vehicles, accounting for 40% of the EVs sold in the world, twice as big as the US.

DiDi is the world’s largest online transportation platform with more than 450 million users and 21 million drivers. As many as 25 million rides are completed on its network, twice as many as the rest of the world combined. The company is also working to introduce AI technology into integrated urban traffic management systems across China.

“The future of transport is new energy vehicles, and ridesharing will be a key link in promoting new energy on the road,” said Cheng.

Over 260,000 EVs are running on DiDi’s network out of a global total of 2 million, making DiDi the world’s largest EV fleet operator. Cheng said the number will rise to 1 million by 2020.

To reach that target, it recently announced a strategic partnership with NEVS, the Swedish holding company that acquired Saab’s assets in 2012 and focuses on developing electric cars.