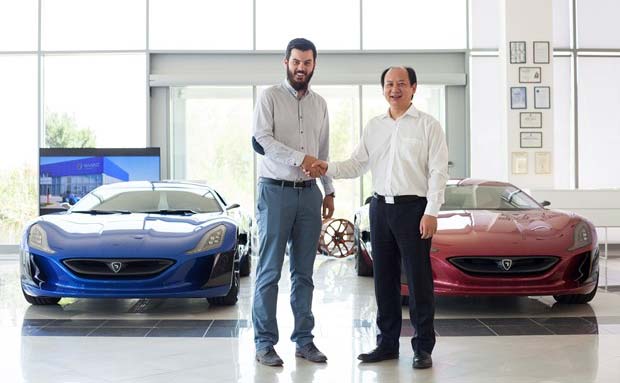 Out of the total investment amount, 3 mil EUR will be allocated to Rimac’s sister company – Greyp Bikes.

The Investment will be used to fund the launch of new products, extension of production capacity and global expansion of the companies.

Mate Rimac, Founder and CEO of Rimac and Greyp, commented on the fundraising: “Over the years, we have established ourselves as a technology provider and enabler for many global automotive manufacturers. We have become the go-to address when it comes to electric powertrains, batteries, innovative infotainment and telemetry systems and many other core vehicle systems. At the same time, our supercars are redefining what electric vehicles are capable of and showing that the electrified future will be exciting. In contrast to many other companies in this business, we have a working business model – we are profitable since 2012 and doubling every year organically. This investment will help us further accelerate growth, introduce new products to the market and expand our global presence. Two key areas are building a new, state-of-the-art production facility for our technology business and launching our next-generation electric supercar which will be shown to the world next year.”

In a related news, talking to Autocar, Rimac’s operating officer Monika Mikac said the Croatian automaker will unveil its second electric supercar in the first half of 2018. Unofficially known as Concept_Two, the new supercar will be more comfortable and more expensive, but will also have a better performance than Concept_One.

The Concept_Two will be branded under a different name before the market launch.

Rimac Automobili started in a garage in 2009 with the bold goal of proving that electric-powered sportscars can be fun, fast and exciting. Since, Rimac has become an important player in the electric vehicle industry – designing, developing and manufacturing their own high-performance fully electric supercars while delivering key technologies to many global OEMs. Rimac technology is recognized worldwide through established partnerships with Aston Martin, Koenigsegg and many other undisclosed manufacturers. Becoming a Tier 1 supplier to major automotive companies remains the core focus of the company.