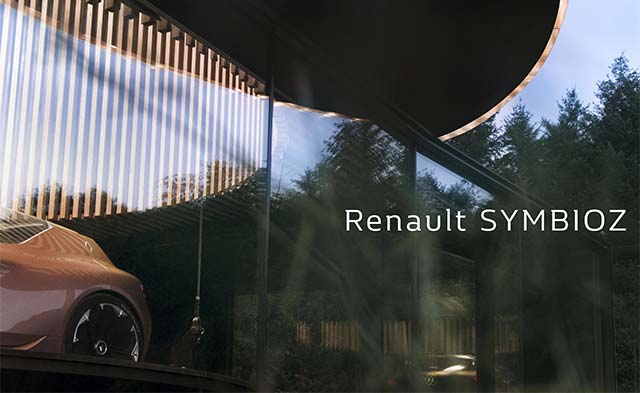 Renault SYMBIOZ, an innovative concept to be unveiled at Frankfurt Motor Show, will be an opportunity for Renault to express its vision by the year 2030.

This new concept addresses customer expectations for both mobility and lifestyle in the future, as well as the environmental and urban challenges that lie ahead. It is also a way for Renault to explore autonomous, electric, connected mobility in the future.

The name Renault SYMBIOZ is derived from ‘sumbiōsis’, the Ancient Greek word for ‘living together’. Renault believes that the car of the future – embodied by its latest concept – will function harmoniously and in permanent interaction with its environment, road network infrastructure and the digital lifestyles of its occupants. The letter ‘Z’ at the end refers to the all-electric Z.E. technology that powers the car.