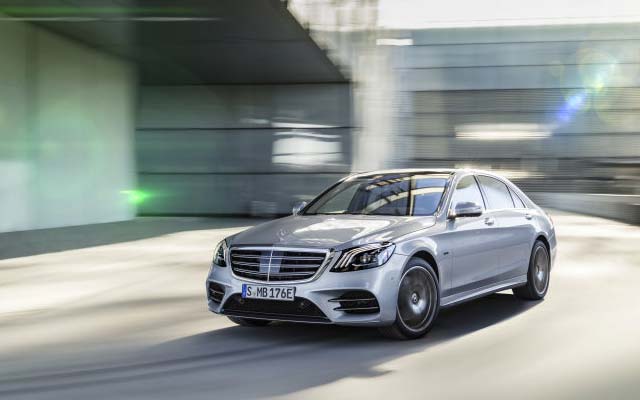 The latest addition to the Mercedes-Benz S‑Class family is a new-generation plug-in hybrid S 560 e. 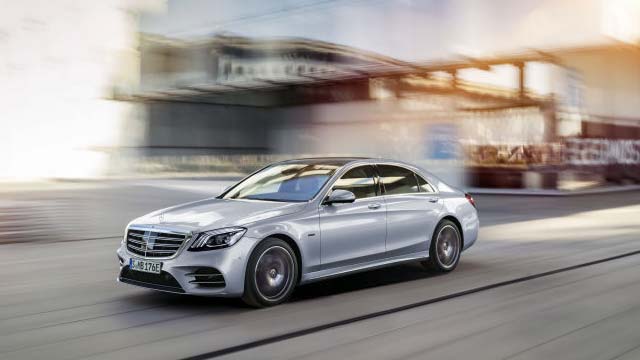 The third-generation hybrid transmission evolved on the basis of the 9G‑TRONIC PLUS automatic transmission. The torque converter, clutch and electric motor are housed in the innovative hybrid drive unit. The compact design was achieved by integrating and connecting the separating clutch, torsional vibration damper and torque converter lock-up clutch within the rotor of the electric motor. The torque converter with its powerful and highly efficient hydraulic circuit offers the customary smoothness when pulling away in hybrid mode.

Developed together with Bosch as part of the EM‑motive joint venture, the electric motor was specially designed for the 9G‑T RONIC plug-in hybrid transmission. The new, significantly enhanced power electronics have allowed further increases in output and torque. The electric output of 90 kW and 440 Nm contributes to the effortlessly superior driving sensation in the S‑Class. 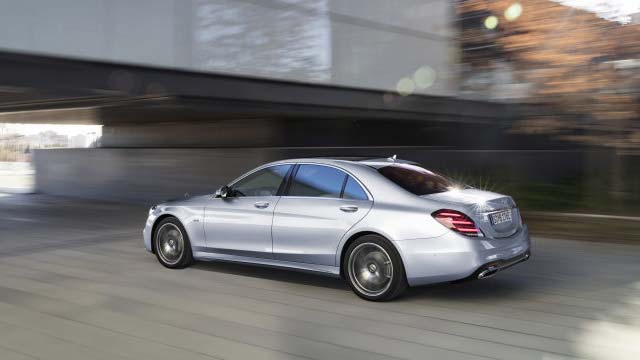 The S 560 e has an all-electric range of around 50 kilometres (31 miles). A crucial factor here is that, although the battery size remains unchanged, the new lithium-ion battery has an increased rated capacity of 13.5 kWh. Evolving the cell chemistry from lithium-iron-phosphate (LiFePo) to lithium-nickel-manganese-cobalt (Li-NMC) allowed the cell capacity to be increased from 22 to 37 Ah. The highly efficient battery system in the S‑Class comes, for the first time, from the wholly owned Daimler subsidiary Deutsche ACCUMOTIVE.

The power electronics are now housed in the engine compartment. Despite an increase of around 50 percent in its energy content, the dimensions of the new battery are smaller than those of its predecessor. As a result, the boot capacity has increased from 395 to 410 litres. 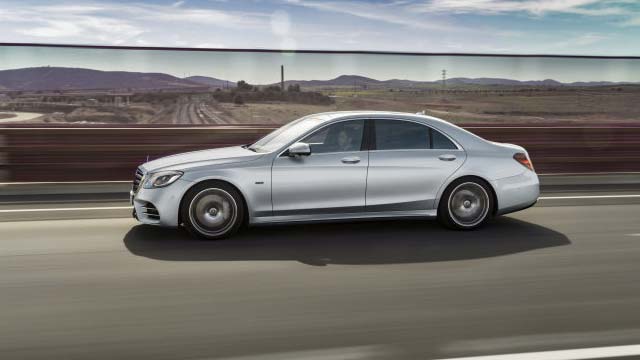 Intelligent operating strategy with ECO Assist
The S 560 e provides comprehensive support to promote anticipatory and economical driving: The driver is prompted when it is appropriate to release the accelerator, e.g. because the S‑Class is approaching a speed limit, and assisted by innovative functions such as gliding and recuperation. To this end, navigation data, traffic sign recognition and information from the intelligent safety assistants (radar and stereo camera) are networked and processed.

ECO Assist takes the following traffic situations and information into account in its driving recommendations and efficiency strategy.

ECO Assist continuously generates coasting simulations in the background: Depending on the charge level of the battery and the traffic situation, it computes whether the vehicle should ideally be allowed to coast freely (“sail”) with the lowest possible driving resistance when releasing the accelerator, or whether it should be decelerated so that the battery can be efficiently charged (recuperation). 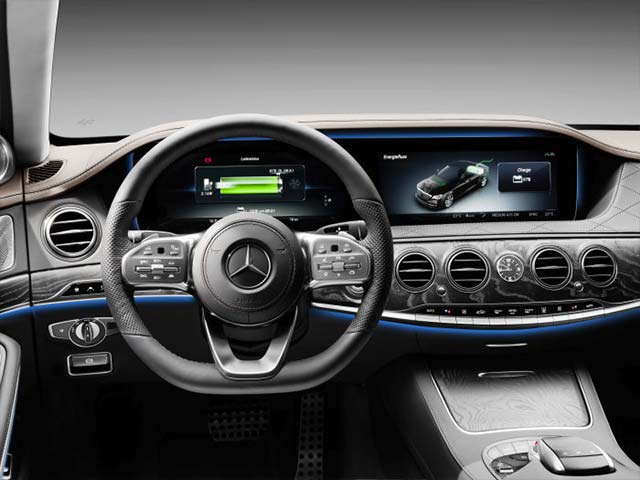 Within the limits of the system, ECO Assist regulates the impetus according to the situation as soon as the driver’s foot leaves the accelerator. The driver is also given a visual prompt to do this by the appearance of a “release accelerator” symbol in the central display (or if installed, in the head-up display). At the same time a graphic gives the driver the reason for the recommendation (e.g. “Junction ahead” or “Gradient ahead”).

To increase the driver’s motivation to follow the recommendations of ECO Assist, the on-board computer records how many kilometres/for how much time during a journey the car has been driven with the engine switched off, and shows this in the central display. The reward not only takes the form of reduced fuel consumption, but also of an increased electric range. 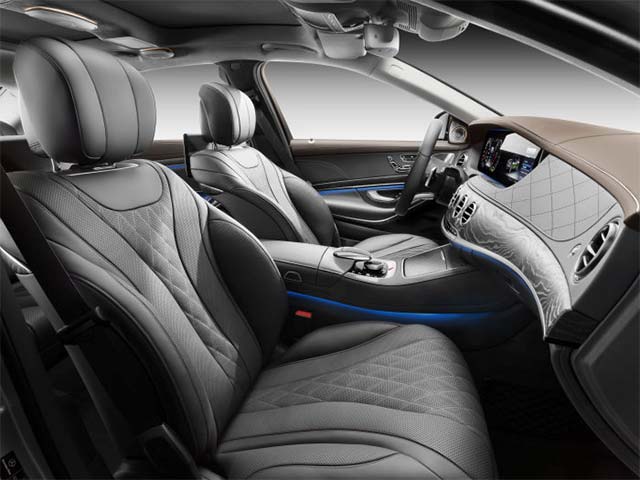 Pre-entry climate control: more comfort as standard
The standard equipment for the S 560 e is extensive and includes special features such as extended pre-entry climate control. This is target value controlled. In other words, the S‑Class is air-conditioned to the preset temperature ready for the start of the trip, assuming the driver has entered the departure time, for example via Mercedes me. This is possible due to the electrically driven refrigerant compressor and electric heating elements for the heated air. Furthermore, preheating encompasses not just the interior air but also the heated seats, steering wheel and armrests in the doors and centre console, while cooling also activates the seat ventilation if this particular optional extra is fitted.

One of the broadest portfolios of plug-in hybrids
Because the strengths of plug-in hybrids come to the fore in larger vehicles and on mixed route profiles, Mercedes-Benz is opting for this powertrain concept from the C‑Class on up. The strategic hybrid initiative is decisively facilitated by Mercedes-Benz’s intelligent modular hybrid concept: It is scalable to allow it to be transferred to a large number of model series and body styles as well as left- and right-hand-drive variants. To underline the important role of hybrids in the process of electrifying the car, the Mercedes-Benz plug-in models will, in future, feature the technology badge EQ Power.

At present Mercedes-Benz has one of the broadest ranges of plug-in hybrids in the premium segment: following on from the C 350 e (saloon, estate and long version for the Chinese market), the GLE 500 e 4MATIC, the GLC 350 e 4MATIC, the GLC Coupé 350 e 4MATIC and the E 350 e, the new S 560 e – the successor of the S 500 e – is already the eighth plug-in model that Mercedes-Benz is bringing to the market.