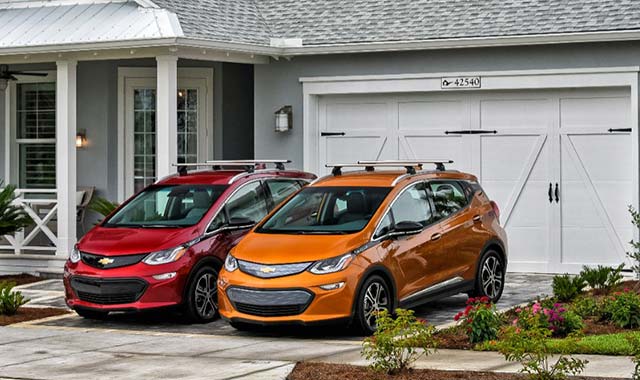 General Motors announced that the all-electric Chevrolet Bolt EV is now available by order or in stock at certified dealerships nationwide.

Current owners are praising the all-electric small crossover’s impressive range, affordability and roominess. “It’s been everything I had hoped!” said Brian Ro of Columbia, Maryland, who was among the first Bolt EV owners. “The CUV-styling fits my family of four just fine, and the EV performance and 200-plus mile range simply can’t be beat at this price point.”

Owner Maria Mraz of San Francisco, California, adds, “Everyone who rides in it just loves it. It’s very modern-feeling and so easy to drive … I’m very happy with my Bolt EV.”

The Bolt EV has won nearly 40 independent awards, making it the most-awarded electric vehicle of the year. Recently named a 2017 Top Safety Pick by the Insurance Institute of Highway Safety (IIHS) when equipped with available Driver Confidence II Package, the Bolt EV also earned the coveted titles of Motor Trend 2017 Car of the Year, 2017 North American Car of the Year and Green Car of the Year, awarded by Green Car Journal.