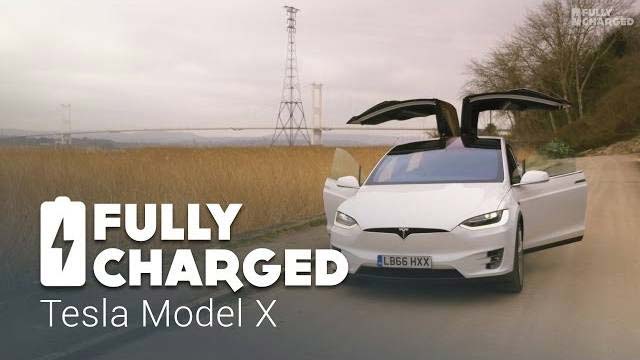 It’s time for the Tesla Model X to be featured at the Fully Charged Show.

Fully Charged tested a Model X P90D, which means it gets Tesla’s 90-kWh lithium-ion pack that provides a claimed range of 257 miles.

It took driving 300 miles to fall in love with the Tesla Model X, I was a bit sniffy at first but this is a genuinely amazing machine.
And you can turn off the auto front door systems.. which I learned when I handed the car back to Tesla, said Robert Llewellyn.

The Model X will have the luxury EV crossover niche to itself for a while, or at least until Audi launches its Q6 E-tron crossover, said to arrive in 2018 and offering nearly 300 miles of range. Mercedes-Benz is also planning an electric SUV for production in 2018, as is Jaguar with its all-electric I-Pace.