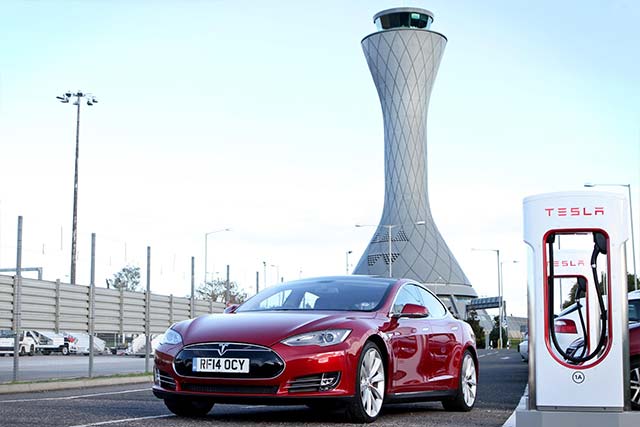 Tesla delivered over 25,000 electric vehicles in the first quarter, setting a new record for the company, and represents a 69% increase over Q1 2016.

Tesla said it delivered about 13,450 Model S sedans and 11,550 Model X crossovers, while actual production in the first three months was 25,418.

Tesla’s delivery count is slightly conservative, as it only counts a car as delivered if it is transferred to the customer and all paperwork is correct. Final numbers could vary by up to 0.5%.

In addition to Q1 deliveries, about 4,650 vehicles were in transit to customers at the end of the quarter. These will be counted as deliveries in Q2 2017.

Investors have pushed up Tesla shares 30 percent this year in anticipation of the Model 3 and on news that Chinese Internet giant Tencent Holdings took a 5 percent stake.

The company is reworking its lineup and price structure ahead of July’s introduction of the Model 3, which is expected to begin at $35,000 before incentives and options. The company intends to produce 500,000 vehicles annually by the end of 2018 and 1 million vehicles by 2020.