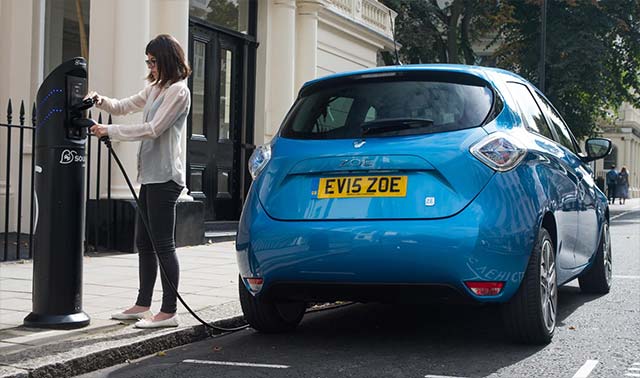 With 3.824 new plug-in electric cars registered in March in France, registrations were up only 3%, but it was enough to score a new sales record, with Year-to-date registrations now up 15% YoY.

The Renault Zoe is benefiting from the ZE 40 version, having registered almost 2.000 units last month (1.980 units, a new record), and 5.191 this year, or 52% of all PEV passenger car registrations this year.

Proving that competitive pricing is a successful sales tool, the French hatchback is followed in the YTD ranking by two veteran but heavily discounted models, the Nissan Leaf (733 units) and the Peugeot iOn (365).

Sales were also up in the LCV market, with 599 registrations in March, up 16% year-on-year, and this despite the chronical leader Renault Kangoo ZE being 29% YoY, suffering from the delay in the delivery of the new 33 kWh battery version, with the Peugeot Partner EV (128 units, up 86%) compensating for the loss.

Meanwhile, with a record 876 new plug-in electric vehicles registered last month in Switzerland, registrations were up 61%, with Year-to-date registrations now up 41% YoY to 1.793 units.

Tesla is quite popular in this market, with the American brand winning the top two places in March (Model S had 236 deliveries, the Model X had 154), followed from a far by the BMW i3, with only 52 units.

In the YTD ranking, Tesla (30% share) is also the main driving force, with the Model S leading the race with 304 units, followed by the Model X, with 238 deliveries.