Renault Zoe was best-seller in France in January 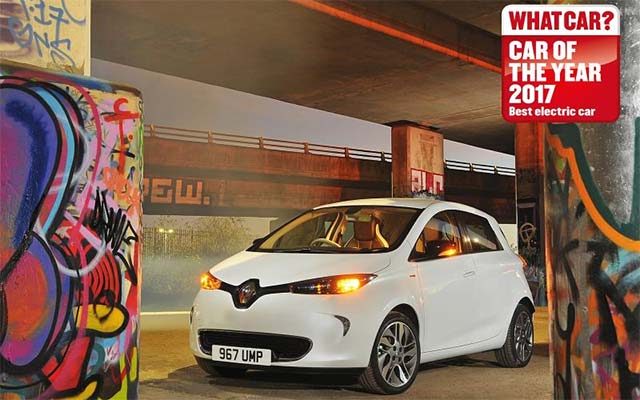 The French plugin vehicle market was up 45% Year-on-Year in January, having registered 2.699 units last month.

Renault Zoe was the best-selling plug-in vehicle last month, accounting 61% of all plug-in sales with 1.646 units, up 125% and earning the #28 position in the general ranking, all thanks to the new ZE40 version.

In second place we have the Nissan Leaf (145 registrations), while the Peugeot iOn reached third place, with 110 units.

A mention for the fourth placed Kia Soul EV, with 93 units, the Korean model was up 139% Year-on-year, starting the year on a positive note.

As for the LCV (N1) market, sales were up 12%, with the Renault Kangoo ZE in its usual leading position, with 99 units, followed by the Peugeot Partner EV (48 registrations) and the Ligier Pulse 4 (40).