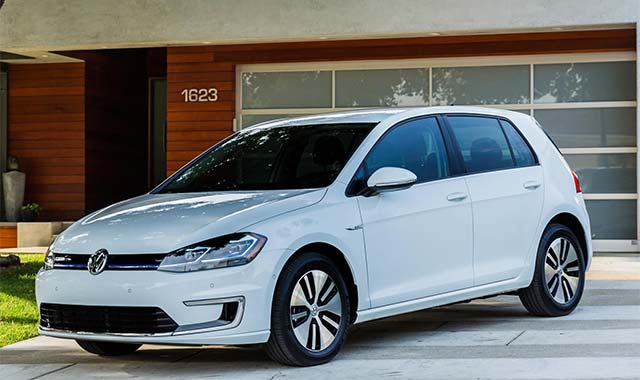 Volkswagen of America has announced fuel economy figures for the 2017 e-Golf. Compared to its predecessor, the new e-Golf offers an improved EPA-estimated range and fuel economy, as well as more power.

For 2017, Volkswagen is using a new lithium-ion battery with an increased energy capacity of 35.8 kWh from 24.2 kWh. The new battery helps increase the vehicle’s range from an EPA-estimated total range of 83 miles to 125 miles on a single charge.

Improved battery chemistry also helps improve the overall fuel economy of the 2017 e-Golf. For city driving, the EPA estimated fuel economy is 126 MPGe; highway driving is rated at 111 MPGe, and combined city/ highway at 119 MPGe, improved over the 2016 EPA estimates of 126, 105 and 116, respectively. The 2017 e-Golf EPA estimates are the best in the Compact Class, as defined by the EPA.

In addition to these engineering improvements, the 2017 e-Golf is wallet friendly. Using 13 cents per kilowatt-hour, the EPA has estimated an annual fuel cost of just $550.

The 2017 e-Golf goes on sale this spring. Pricing will be announced closer to market introduction.