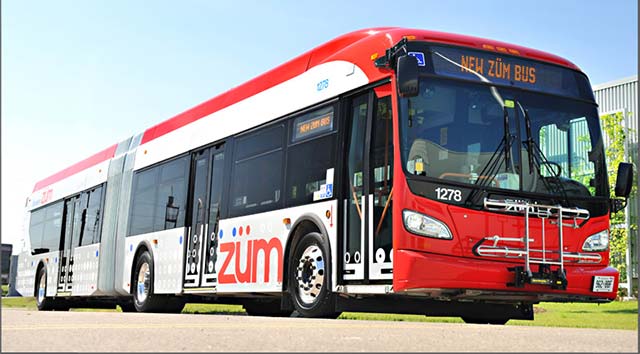 New Flyer’s clean-air solutions expanded in 2016, with the delivery of the industry’s first OEM installation of the Cummins ISL-G Near-Zero NOx engine into the Xcelsior platform. New Flyer understands that that the natural evolution of emission reduction is different for every transit property, therefore will continue to dedicate themselves to offer the broadest, best and most reliable clean air solutions in the industry on a proven platform.

A zero emission transit bus is able to eliminate 1,690 tons of CO2 over its 12-year lifespan which is equivalent to taking 27 cars off the road for each ZEB.  Additionally, each ZEB also eliminates approximately 10 tons of nitrogen oxides and 350 pounds of particulate matter, improving air quality in the communities served.